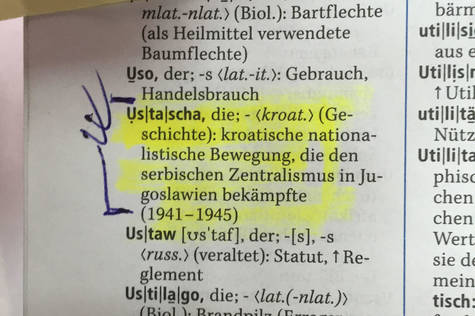 3375 people have signed this petition. Add your name now!

The leading German language dictionary 'Duden' is whitewashing the genocide of Serbs, Jews and Roma during World War II.

The 'Ustase,' were a Croatian fascist, ultranationalist and terrorist organization. Its members murdered hundreds of thousands of Serbs, Jews, Roma, and anti-fascist or dissident Croats in Yugoslavia during World War II.

And yet, 'Duden' defines them as a movement which fought against 'Serbian centralism.' In fact, they were a murderous movement and should be defined as such. Tell 'Duden' that it must not whitewash fascism!