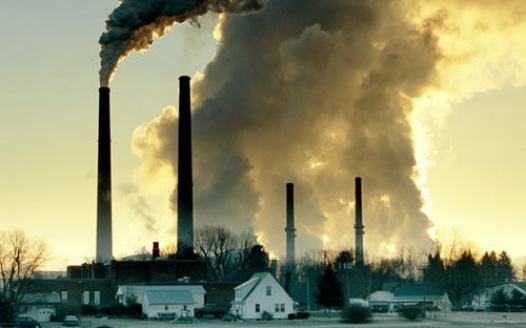 The purpose of this petition is to address the problem of sea levels rising all around the coastal regions of this world. As a student at California State University, Los Angeles and a person that cares deeply about the well-being of our environment, I am concerned about the beaches around California and shores around the world that will be covered with water, potentially flooding the homes and cities that are close by. I am here to inform you about the dangers of sea levels rising and seeking help from your agency to spread this information to the Trump Administration. I want to encourage you, Director Pruitt and the EPA, to stop coal production for energy.

Coal is a fossil fuel that the United States and other countries use to burn for energy, that is why coal mining companies are looking for them. As many may know, Donald Trump has withdrawn from the Paris Agreement leading him to revive coal industries. This will increase the pollution and carbon emissions in the earth’s atmosphere if he brings it back. As we continue to burn coal, there will be a rise in sea levels due to the carbon emissions gathered in the atmosphere. This will cause flooding and other disasters in coastal regions of the world.

According to the website, Huffington Post, most people find that the recent climate changes are irrelevant to sea levels rising, and that global warming is made up by scientists. Sea levels are rising because of global warming, and it all starts with the carbon emissions that humans produce from machines that burn coal and gas: cars. According to the website, EPA.gov, greenhouse gases like Carbon Dioxide, Methane, Nitrous Oxide, and Fluorinated gases are all being gathered up into the earth’s atmosphere. These gases take years to go away; that is why they have collected in the atmosphere and have caused the earth to heat up. Due to the heating of the Earth, ice sheets in icy landscapes around the world are starting to melt, leading to the endangerment of animals, such as the polar bear, and, most importantly, the rise of sea and ocean levels. In time, this could lead to the extinction of certain animals and the destruction of people’s homes.

If we take climate change and rising sea and ocean levels seriously, we need to invest in clean energy like solar, increase energy efficiency, and reduce in greenhouse gas emissions. We will create more green jobs, more resilient cities, and a strong economy as a result. I request that the EPA should stop production of coal for energy. This will lead to a decrease in greenhouse gases in the atmosphere, and a clean environment for animals and humans in the future.

I am petitioning to cause action to stop sea and ocean levels from rising, and hoping that my voice will reach out to the EPA and many others, so we can fight this cause for the future of our people and our environment.

Thank you for taking your time to read about my concerns regarding rising sea levels, and I hope that you can take my propositions into consideration. I ask you and your agency to redouble your efforts for this cause