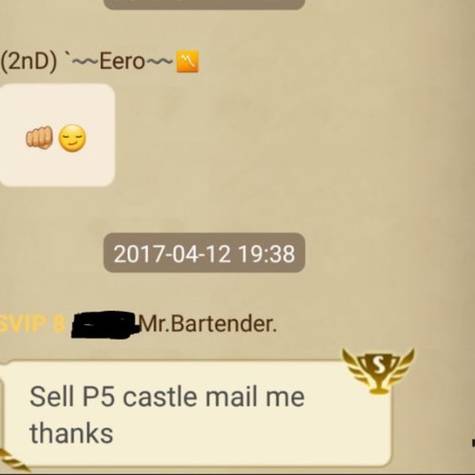 Klash of Kings, the most expensive game in history. Some players have spent Hundred's of thousands of dollars on a game. When you thought you have reached the pinnacle of the game, they keep raising the bar to make you continue spending money on a already expensive game. United we stand, and divided we fall.

We the players decide what is to happen on the game, not the game makers whose only goal is to keep taking your money.

Enough is enough, stop changing the rules of the game to benefit the game makers.

They already have a cash cow and they want to milk it for all it's worth.

Game makers should be happy with what they already have. Add features that players can upgrade without having to spend tons of cash.

I agree with DayDreams assesement. I have a P5 castle and will quit the game if P6 becomes a reality. I will go back to reading, which is a much cheaper hobby.

Lets show Elix who the boss is, vote no to P6 castles.