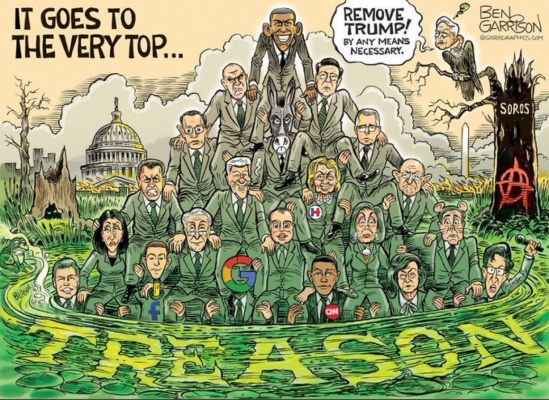 Stop Censuring The Conservative US Congressmen

As US citizens, We The People, are appalled that the US House of Representatives even considered the censuring of Arizona’s 4th District’s Representative, Dr. Paul Gosar, over a comedic meme of infantile Alexandria Ocasio-Cortez. Congressman Gosar is a duly elected representative who truly represents his constituents, and to remove him from committees thwarts our voice. Nancy Pelosi’s decision to put this resolution out for a vote is unacceptable as it violates our election laws, it violates our representation, and it violates our rights of free speech.

Since the Democrats have been in the majority in the US House of Representatives they have displayed unprecedented bias against conservative Republicans, trying to silence our voices as this is the second Republican who has been censured and removed from committees. Yet Speaker Pelosi ignored Eric Swalwell of the Intelligence committee sleeping with a Chinese intelligence officer. Further she ignored Maxine Walters who incited people to attack supporters of President Trump. She ignored Adan Schiff who blatantly lied during the impeachment sham. She ignored Ilham Omar who married her brother and is anti-Semitic. She also ignored Cori Bush who lied about being shot at by a white supremacist. There’s are numerous other biases that she has ignored. Speaker Pelosi must stop and our representatives must be reinstated to their committees immediately