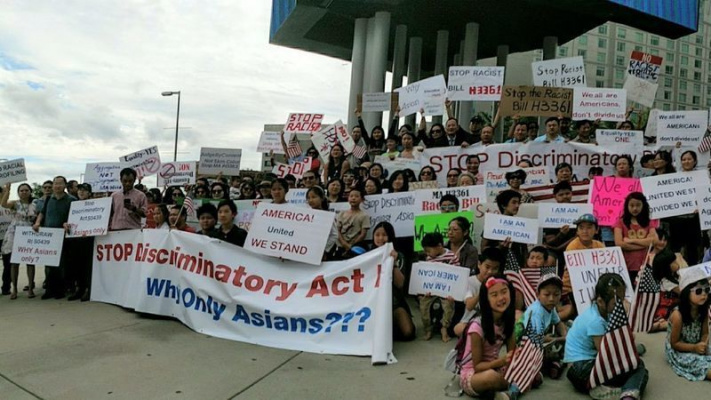 Stop Bill H3361 Profiling People Based on Race and Origins

We hereby solemnly petition that you vote NO on Bill H3361, which requires state agencies to "identify Asian Americans in collection of data", and further to identify them "individually" as each of the "five largest Asian American and Pacific Islanders groups". The “five largest” groups could mean Chinese, Indian, Japanese, Korean and Pacific Islanders. The full version of the Bill, introduced by state representative Tackey Chan, is available at https://malegislature.gov/Bills/190/H3361 . We the undersigned are strongly against this bill for the following main reasons.

Firstly, Bill H3361 is essentially an attempt to legalize racial/origin profiling and enables discriminatory actions against a targeted people.

Bill H3361 is unconstitutional at its core, notwithstanding intended or unintended purposes. Plain and simple.

History tends to repeat itself. President Roosevelt signed the Executive Order 9066 in 1942, ordering all Japanese-Americans, approximately 150,000 people, to be rounded up and relocated to 10 internment camps forcing all of them to give up their schooling, houses, belongings, businesses in as short as a few days. That act of cruelty against American citizens, many of whom born in America, shall be forever outlawed. However, bills such as H3361 recently introduced in Massachusetts provides legal facilitation of such actions.

Secondly, Bill H3361 singularly targets Asian Americansmandating their separation by a fundamentally flawed categorizing system which is not applied to any other identified ethnic groups in current official surveys or registry. No White Americans, African Americans, European Americans, Latino Americans or Arabic Americans are asked to further identify themselves based on the regions or countries of their origin.

However, should this Bill turn into law, it could be used as precedence of more such bills requesting other races to further identify themselves according to regions of their origin. One should be acutely aware that similar bills are already introduced and/or passed in states such as California and New York. This is a potentially dangerous trend introducing the root of segregation for people of all origins and can easily be abused by parties having other purposes.

Thirdly, Bill H3361 is bound to cause confusion in implementation wasting taxpayers resources. For instance, confusion arises in the situation that a significant portion of the Vietnamese or Korean American immigrants have Chinese origins. The case of interracial marriage is another example. Adding five illy-defined boxes to tick in all state records is a recipe for failure thanks to the amount of confusion, paperwork, data entry and maintenance workload. This is extremely insensitive to taxpayers' resources.

We all know that America is a nation built by immigrants. Justice and equality for all are ideals passed down to us by our founding fathers. Yet this Bill if passed, will have the potential to create division, legalize profiling and segregation. We solemnly request that you reject the Bill, and request Mr. Tackey Chan to withdraw the bill from the State Senate/House.

Members of Coalition Against Profiling (CAP)