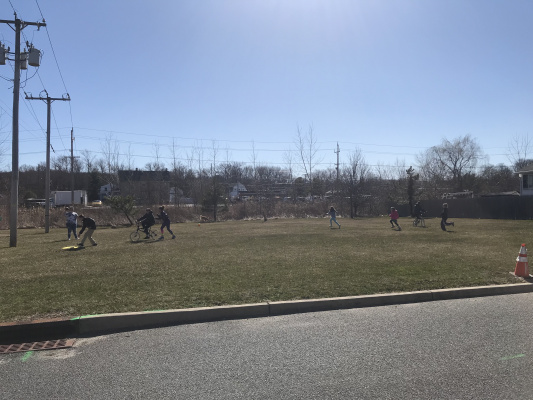 The residents of Leonard Ave and Avenue C collectively request that Mayor LeGrice, the Atlantic Highlands Town Council and Atlantic Highlands Planning Board to immediately stop the efforts they have put in place with Monmouth Housing Alliance to build a massive 4 unit rental apartment building for COAH housing and 9 car parking lot with a trash dumpster on 21 Leonard Ave, Atlantic Highlands NJ in the middle of our quiet single family home neighborhood.

As many are aware Leonard Avenue is a quiet one way street with many nice homes and families. 15 years ago it was determined that the gas company had polluted much of the street and it was remediated at great hassle and impact to residents on Leonard Avenue. As part of this remediation a single home/lot was sold back to the town while all other residents remained and put up with the great inconvenience. Then in Sept 13, 2006 the town began rezoning the lot to COAH housing; this added insult to injury after the prior wrong doing by the gas company. Residents protested with legal representation and the town stated they would no longer go forward in 2006. Now 12 years later the town is trying to do it again!!! During the council meeting on Sept 13, 2006 it was stated the town was submitting 21 Leonard to the COAH plan but they would look at other options and this was just for COAH requirements planning but they could find other solutions. It's all in the public record council notes. Later they told residents the would not move forward. This was reiterated to multiple residents even as recent as Jan of 2018 in discussions with councilmen.

Atlantic Highlands Council and Planning has had TWELVE (12) YEARS to find a better option. They have allowed countless apartment developments in and around town where they could have met these requirements. They have had lots such as the old Car Wash which could have solved the problem but let them go to others, and consistently kicked the can instead of doing what they promised the residents of Leonard which was to look for a better option. They have not been transparent with the residents and are hoping we have forgotten what was promised in 2006 at the town council meetings and meeting notes while pushing forward with a massive apartment building and parking lot on 21 Leonard.

For over 12 years this lot has served as a green space and park for children in the area. Fireman's field is fenced and constantly locked so kids come here to play. South Avenue playground is always flooded, so kids come to 21 Leonard to play. There are no functional parks on this side of town with open access to residents and kids to play.

The plans for the massive complex do not include adequate parking for visitors and the will ultimately overflow onto a one way street where it is already difficulty for emergency vehicles such as a fire engine to turn the corner, creating safety issues for all the residents of Leonard Avenue. Buses can not make it down this street already.

The lot at 21 Leonard often floods and borders a wetland and creek and these flood waters will now be pushed into other adjoining neighbors yards, basements and the street.

It is NOT in the best interests of this town to remove this green space and build a massive parking lot and 4 unit apartment building with rental tenants in the middle of our single family neighborhood. It only benefits the developers and town government who are trying to meet regulations that could easily be met elsewhere with a little thought and effort; our town government had 12 years to do the right thing and find a better solution!

We respectfully ask Mayor LeGrice, the Atlantic Highlands town council and and planning boards NOT to move forward with this plan and to instead reassign this area as an official town park and green space for the residents.