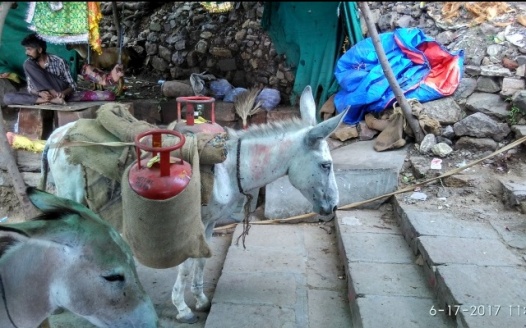 Hello folks!
Its really very sad to see animals working under different circumstances just in order to be alive. Every year, Many animals are getting killed and exploited by various cruel humans just for their own work and business.
I went to many hill stations and what I saw is seen by everyone, that donkeys & other animals are used for their own needs, I know donkeys can perform some works well at hilly areas but that doesn't mean that we have to just use them and then treat them like a thing.
Such brainless fellows were beating donkeys so hard that they had untreated bruises.Donkeys were used to carry 30 kgs (two gas containers).They were standing to take rest and abruptly a metal rod went to their heads and other body parts.
We have to Stop this..!!
Is there humanity only for humans?
I want you to save humanity and treat animals well enough like humans only. I started this because many such areas are there where authorities relevant to animal welfare are unable to reach so animals are being misused in every possible cruel manner.
Jai hind!
Have your own day!!