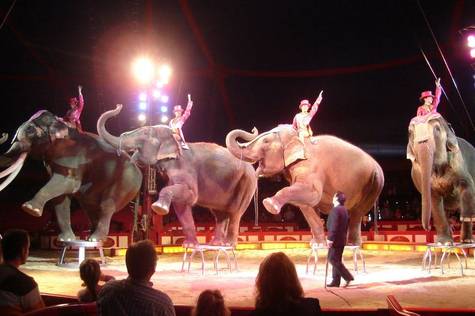 This campaign goal, is to end animal use in circuses a positive process by actively encouraging animal-free circuses to perform in your area instead, or at the same time. By highlighting the fact that these cruelty free circuses are much more entertaining and offer a wholesome form of entertainment which doesn’t involve animal exploitation, you’ll be changing the balance of power against the animal abusers. Ocean Blue Project is a local nonprofit that protects wildlife and animals alike. OBP would like to stop animal abuse in Benton County. Together we can every step we can take towards blocking circuses from performing is a step closer to the ultimate victory for the animals involved. I'm seeking 1,800 signatures that will show the State, County, and the City of Corvallis the facts that we have the power to take a stand against the animal abusers and Benton County should not allow this to take place.

To make a donation to Ocean Blue Project, follow this link: https://www.networkforgood.org/donation/ExpressDon...