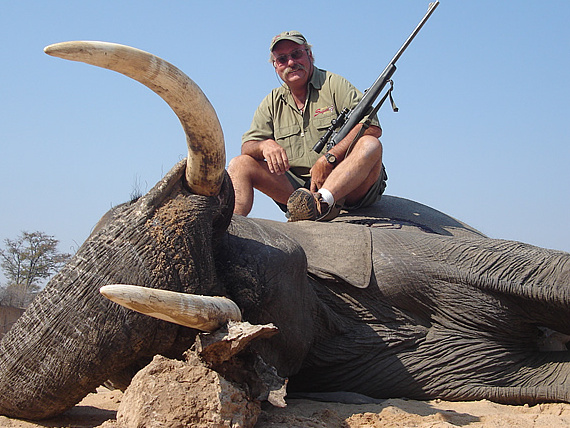 Stop all U.S. Elephant Trophy Hunting Imports; limit the number of elephant sport-hunted trophies from 2 to ZERO, per hunter, per year.

The trophy hunting industry is alive and well. The Safari Club International is aggressively defending "their right" to trophy hunt elephants. The SCI is currently involved or has recently been involved in the following cases: Elephant Importation Ban (SCI v. Jewell ), and the Elephant Importation Ban Freedom of Information Act Request (SCI v. FWS) ... The SCI will be filing a new lawsuit to challenge the FWS’s decision to continue Zimbabwe’s importation ban for 2015 and into the future.
Many trophy hunting companies are also defending "their right" to kill elephants. For example, Comre Safaris has recently stated "Go ahead and kill the elephants. And rhinos and tigers and all the rest of your favorite Lion King animals. It might be their best hope for avoiding extinction." They also stated ".... In other words, to save the animals, people should be allowed to kill them."

Allowing 2 elephant trophy hunted imports per hunter per year is contributing to the species extinction and also supporting this mentality.

Please stop ALL U.S. Elephant Trophy Hunting Imports; limit the number of African elephant sport-hunted trophies that an individual can import from 2 to ZERO, per hunter, per year.

Thank you for signing and sharing!!