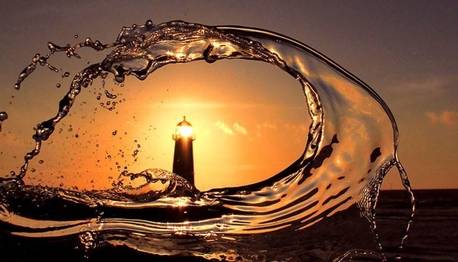 The naturally occurring form of fluoride is Calcium fluoride (CaF); Sodium fluoride (NaF) is toxic waste and a known byproduct of industries such as the aluminum and phosphate industries.There are three types of fluoride used to “fluoridate” water supplies: Fluorosilicic acid, sodium fluorosilicate and sodium fluoride; these toxic chemicals are added to the water in certain locations at around 1ppm based on the argument that it's good for our teeth. Studies with author associations from the Harvard school of public health (links attached below) show that even at 1ppm over the course of one year mammals who drank water laced with sodium fluoride had morphological changes in their brains. Also fluoridation can be linked to lower I.Q. scores, calcification of the penal gland, and increases in a variety of other health problems.

The National Research Council wrote a powerful report in 2006 stating that from multiple sources of exposure via water, toothpaste, and fluoride based pesticides sprayed on food, that people could regularly go over the "Safe" designated level of ingesting sodium fluoride. Also that we can't control how much water someone drinks (athletes or hard workers), and that babies and small children are more sensitive.

We should have a choice whether we ingest toxic waste, and we should not be mass medicating the water. The argument that we should mass medicate the populations water with a toxic chemical based on "It's good for your teeth" seems like a dire injustice to us. We believe some people might be more sensitive to ingesting Sodium Fluoride then others, babies and developing children especially. We believe with a large part of the population we can link Sodium Fluoride ingestion with increased levels of depression, anxiety, a vast array of mental health problems, as well as lower IQ scores.

According to the 2015 water report, found accessible on the Portsmouth Public works website http://cityofportsmouth.com/publicworks/waterquali... , our water in Portsmouth comes from quote "The main source of Portsmouth water is the Bellamy Reservoir located in Madbury and Dover. The water is piped to a water treatment plant in Madbury, where it is treated, filtered, and disinfected. This location is also the site of the City’s Madbury Wells 2, 3 and 4. From this site, water is pumped under pressure to consumers in Madbury, Dover, and Durham and then to a booster pumping station in Newington. From there, it is pumped to consumers in Newington, Portsmouth, Greenland, Rye, and the New Castle Water Works. Many consumers are also served by the City’s groundwater well sources. These wells include the Collins and Portsmouth Wells in Portsmouth and the Greenland Well in Greenland. The Pease International Tradeport is served by the Smith and Harrison Wells, supplemented by Portsmouth water sources. All systems are monitored continuously by our
certified water operations staff, and sampled and tested in accordance with regulatory requirements." End quote.

An in depth look at the report shows that there are two forms of "fluoride" present.

The source box for these describes accordingly: "Geological; additive to drinking water, toothpaste" (For the record "Toothpaste" I'm pretty sure is NOT a *source.)

The health effects at levels above the MCL (Mg/L) are listed by the water quality report as:
"Skeletal damage/mottled teeth in children"

Here are links to articles, including peer reviewed studies, that says health effects at levels above and at the current allotted level are actually more serious then previous generations led us to believe.

Bottom line is this is your water. Do you really think it's okay for people willingly add toxic waste to it? We currently pay tax dollars for people to add toxic waste to the water. That is just wrong, you're telling us we can't drink water without it continually being laced with toxic waste? New studies show for a fact this is down right effecting us all and leads to and/or adds to a long list of health problems. Think about it, and join our cause. Let's stand up for our babies minds, our children's minds, our friends minds, our families minds, and our own minds. If people want to brush their teethe with toxic waste, that is there choice... but to eliminate the people's choice, and make the choice for all the people to ingest toxic waste is absolutely and undeniably wrong. New studies prove and support these statements.

It just does not make sense to keep doing this; but to stand up and make changes to stop adding fluorides to the water I believe with greatly benefit the communities mentally, physically, and spiritually. Your brain is important, lets protect it!!!

You deserve to make the choice of whether you want to medicate your water or not, you deserve clean water, we do too.

The goal of this petition and your signature will represent support towards stopping the addition of Fluorosilicic acid, sodium fluorosilicate and or sodium fluoride to the public water supply in the Portsmouth, Durham, Dover, and Madbury areas. Please sign and share to stop this!