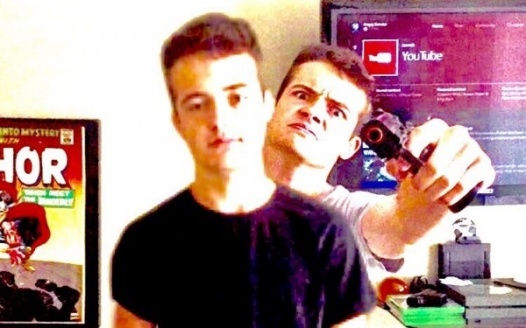 James Aaron Noles was a dear friend I went to secondary school with. He was loyal, talking to me once a month with something hypersexual and irrelevant. He peaked in high school, but I still admire and respect him for who he is.

Since Aaron lost his 8th girlfriend, I began to see an increase in his... habits. Aaron has been struggling with addiction over the last four years; he's addicted to making stale, normie memes.

Aaron for some idiotic reason thinks it's funny to go onto Snapchat, take a default picture of a television show, deep fry it, then post lines of text entirely irrelevant to the photo. His inability to keep women really messed him up; I'm afraid he's beginning to find sexual attraction to normie memes.

Aaron needs help. He needs the people around him to stand up and speak out. He has a problem, and we are the only ones who can help him. Please take time out of your day to contribute your signature to this petition to encourage Aaron Noles to seek the help he needs to either find good memes or stop making his own. We as a community are sick of his crusty memes, and he needs to know it. Think if it was you: wouldn't you want to know if your memes were stale?

Aaron, I hope you get better. I love you to the bottom of my heart. I hate to see you knee deep in addiction. I hope this petition can encourage you to go out and do something with your adult life. Memes aren't for big boys dude... you gotta start paying taxes man get it together.