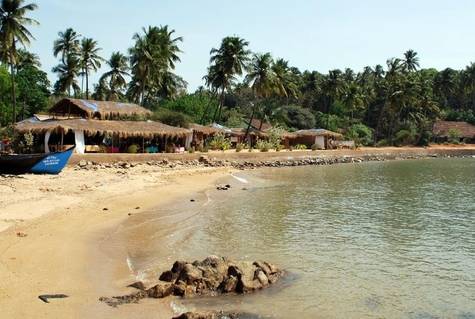 Stop the destruction of Colomb village and community.

642 people have signed this petition. Add your name now!

Several years ago, a wealthy Russian, who villagers I asked only know as Daniel, purchased the entire village of Colomb in South Goa from under the noses of the 80 or so families living there, without any consultation with or permission from them. The village was previously owned by a Portuguese lady, a remnant of colonial times, who lived in Portugal and had not visited or shown any interest in the village for years. The land that was stolen once is now being stolen again. The people living there largely come from fishing families of the Pagi caste, who in days gone by had little knowledge or awareness of legal or ownership rights or the wealth to become landowners themselves: They were just simple fishing families making their living from the sea. The Russian is now trying to use his wealth and all the legal power and influence he can buy to force these people off their homeland and build a 5 star resort. This is a place they have occupied for centuries, that provides their living through fishing and tourism, their community and their culture and if nothing is done they will be forced to move far away from the place and sea they love and call home. If you think it is outrageous that this happening in today's India then please sign and share this petition NOW!