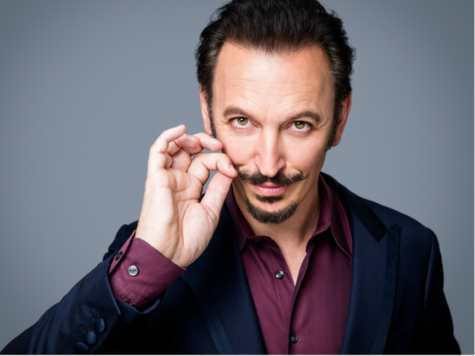 Make Steve Valentine the next Doctor on "Doctor Who" on BBC

Steve Valentine is the perfect actor to play the Doctor on the hit BBC science fiction show Doctor Who. Steve Valentine (born 26 October 1966) is a Scottish actor, musician, and magician who has performed on stage and screen but who is best known for his role as the eccentric Nigel Townsend on NBC's crime drama Crossing Jordan and as Harry Flynn in the critically acclaimed PlayStation 3 game Uncharted 2: Among Thieves as well as the voice of Alistair in Bioware's Dragon Age franchise. He is also a professional magician with the perfect personality and appeal to play the iconic role.

Doctor Who is the longest running science fiction show in television history which revolves around a time traveling alien who has been portrayed by many different actors by "regenerating" into different personalities when the actors leave the role. Finding the right actor (or actress) to play the role is extremely important which is why we believe Steve Valentine needs to be given a shot at the role. Just a brief look at his film credits and reel shows he is eminently talented and a perfect new face for the long running franchise.

Please sign this petition so we can make the best possible choice for the beloved Doctor.