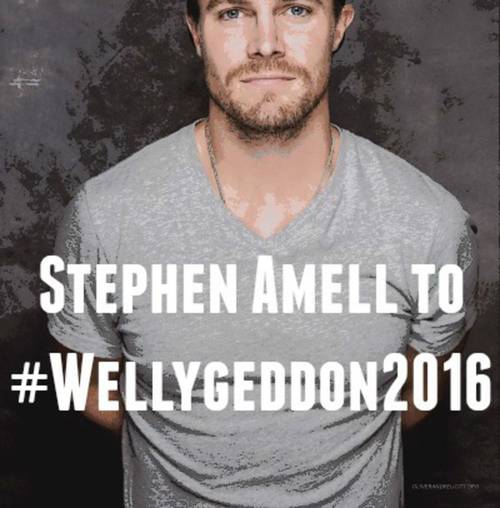 As a massive fan of Arrow and Stephen Amell, I would love for him to be a guest at Armageddon Expo 2016 in Wellington, New Zealand. At 2015 'Wellygeddon', we had no Arrow guests but what if for 2016, we have the biggest Arrow star of them all.

It would not only mean so much to me if he were to attend but it would also mean so much for New Zealand Arrow fans who adore Stephen Amell as much as I do.

Stephen has inspired me so much with his charity work (like the Sinceriously and F*ck Cancer) and how connected he is with his fans on Facebook (he doesn't even really call them his Facebook fans; he calls them his Facebook friends). I would just love to meet him in person at Armageddon Expo and tell him just how much I adore him and how much he has inspired me. Even if he can come just for one of the days, I would be ecstatic.

He may never see this. No one may ever see this. But at least I'm trying to get one of my absolutely favourite to come to an expo/convention that I love to attend just so I get the chance to actually meet him. I would sinceriously appreciate it :)

Wellington Armageddon Expo 2016 takes place on the 4th of June to the 6th of June 2016 in Wellington, New Zealand at the Westpac Stadium.