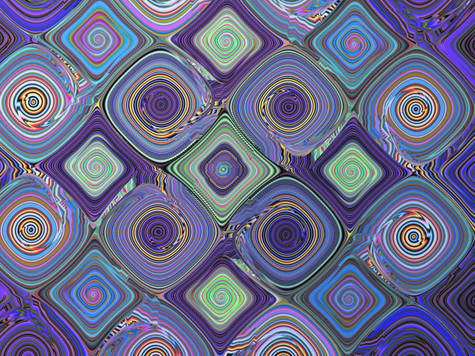 417 people have signed this petition. Add your name now!

We, the undersigned individual faculty and administrators of Perkins School of Theology at Southern Methodist University in Dallas, Texas, make the following statement of conscience to give expression to personal concerns and to invite others to a larger conversation about life in a deeply divided country. The views and opinions expressed in this statement are those of the authors and do not reflect the official views or position of the Perkins School of Theology or Southern Methodist University.

We express our grave concerns about the election of Donald Trump to the presidency of the United States of America on November 8, 2016. During his election campaigns, President-elect Trump insulted and disparaged entire groups of people on the basis of their race, ethnicity, gender, physical abilities, sexual orientation, religion, and politics. The President-elect campaigned peddling homophobia, xenophobia, Islamophobia, as well as hatred for Jews, Native Americans, African Americans, Mexicans, and Hispanics. He advanced misogyny, bigotry, distorted piety, racial hate, contempt for science, and mockery for prisoners of war and the disabled. We, the undersigned express our unequivocal stance against Trump’s politics of hate and declare our solidarity with the difference it casts aside.

As Martin Luther King Jr. put it, “The church must be reminded that it is not the master or the servant of the state, but rather the conscience of the state. It must be the guide and the critic of the state, and never its tool.” The ascendancy of Trump to the Office of the Presidency reflects a politics of fear and loathing sustained by a misogynistic, xenophobic, and racist nationalist ideology that offends moral decency and distorts the deepest values of life and civil public discourse in our constitutional democracy. The election of Donald Trump to the Oval Office, which was thought unimaginable by the majority of citizens in the United States and persons of good conscience around the world, is alarming, dangerous, and of grave concern to anyone mindful of the core values that unite us in this constitutional democracy.

As Christian academics, scholars, and teachers we abhor the President-elect’s rhetoric that has opened up public discourse and actions to discriminatory, hateful, and murderous words and actions so familiar to any student of US-American history and society. Some of our students fear for their lives, families, and convictions, and we join them in their concerns about the future of our country. Since election night, many hate attacks and crimes have already occurred all over the country. As Christian leaders, we condemn any verbal and physical attacks based on race, gender, physical abilities, politics, or religion.

Jesus Christ, our Savior and Redeemer, asks us to love our neighbors as ourselves and to open our country to those who need our help and assistance. Christian sensibilities direct us to seek a politics of humility, charity, and justice no matter how foolish these values may appear in a Trump world that prefers a societal model of crucifixion.

We affirm immigration policies that help people without the appropriate legal papers to enter the path of citizenship status. We need to understand the root causes pushing people into refugee flight. The people of the Bible are immigrants such as Sarah, Hagar, and Abraham, Miriam and Moses, or Rahab and Ruth. Jesus was a refugee, and we demand the humane treatment of people from any nationality and faith who come to the American shores for safe haven. As Christians, we need to build bridges and help migrants wherever they are and regardless of their legal status. We are stronger together by opening our society to others.

We affirm gender rights that support various gender expressions in public as well as women’s constitutional rights over their own bodies. We affirm gender-just language and expressions so that we contribute to an end of sexual harassment, sexual violence, and rape on any level in our society. Hatred of women and hatred against the LGBTQI communities go against the Christian faith, as God has created all of us in God’s image (Gen. 1:27).

We affirm people of every faith because God loves us all equally and fully. We affirm and stand with our Jewish and our Muslim sisters and brothers in light of our Christian faith values and for the sake of a cherished life together with all faith traditions and in all of our diverse religious expressions. Any forms of anti-Semitism and Islamophobia go against our theological convictions about the equal worth of Judaism and Islam among the many faith traditions here at home and worldwide.

We affirm our solidarity with our African-American sisters and brothers who have only recently escaped American slavery, Jim Crow, and stop-and-frisk laws. Our history teaches us to condemn racist and white supremacist expressions and actions as they stand in opposition to our Christian faith. All of us are targets of this terrorizing hatred and we oppose its reemergence into the public discourse and agenda. As Christian faith leaders, we recommit ourselves to teach, preach, and pray against this form of hatred that God wants us to transform into love, peace, and justice.

We affirm our hope in white working-class people around the nation to stand in solidarity with every class-discriminated group so that we all work toward just compensation and dignified retirement for this generation and the ones to come.

We affirm people of different physical and psychological abilities and abhor Trump’s act of bullying and dehumanization toward a disabled journalist on the campaign trail, wounded veterans, and others with conditions that make them no less human than anyone else.

We affirmand defend the human rights of undocumented newcomers to American society, the majority providing needed labor and working hard in hotels, restaurants, construction sites, service industries, and agricultural fields across the country. We therefore reject President-elect Trump’s wall rhetoric as anti-Christian hate speech directed to some of our most vulnerable people whom our faith requires us to protect and defend.

We affirm the science of human-caused climate change, and are saddened by Trump’s claim, inconsistent with scientific facts, that the earth is not warming. We urge the United States to be a major actor in developing innovative solutions to the problem by reducing emissions of greenhouse gases.

We affirm our renewed commitment to stand with our country’s institution of a free press, which must exist for our democracy to work.

We affirm the absolute need of our democratic system to uphold the voting rights of all of our country’s eligible citizens and we mourn the illegal closing of 868 polling places during the presidential election. We urge our election officials to resist any form of voter suppression techniques.

We affirm the need for Christian witness on public issues such as national defense, equal rights, women’s rights, immigrant and refugee rights, race relations, border security, human rights, global warming, the state of the economy, and our democratic tradition. We remind President-elect Trump that he does not control all the levers of power in the system of American governance. According to our Christian faith, God chooses “the lowly things of this world and the despised things—and the things that are not—to nullify the things that are” (I Cor. 1:28).

In sum, we affirm our theological commitment to do everything we can to ensure the safety, health, and welfare of all of God’s creation. We will speak up in public spaces and in houses of worship to support anybody harmed by this administration’s politics and laws. We will not be complicit with a politics of hatred that attempts to silence opposition and to create fear in people’s hearts and minds. We will work actively in the capacities of our calls by God to change laws that will be designed to impoverish already struggling people in our country. We will not submit to actions of war and terror in this land and abroad by this President-elect and his administration.

As our Dean Craig C. Hill articulated so poignantly in his statement to the Perkins faculty on November 9, 2016:

“I trust that all of us associated with Perkins, like those in the earliest church, will model a form of community in which there is diversity without demonization, where we not only tolerate but love those with whom we disagree. As 1 John said, ‘Perfect love casts out fear.’ In Christ, we are family, not strangers, and certainly not enemies.”