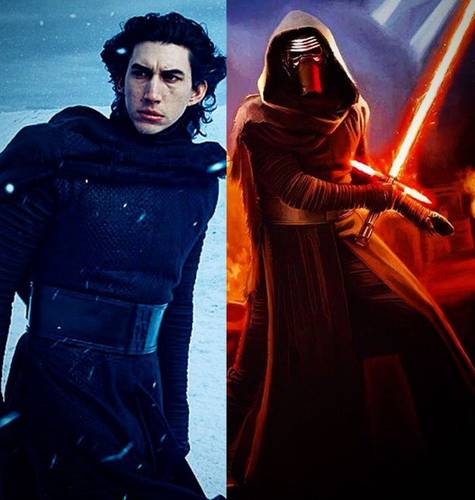 This petition is for Disney, the production staff and casting directors of Star Wars episode VII. Adam driver as Kylo Ren is ridiculous. In the Force Awakens Kylo was bad ass.... Until he took off his helmet. Adam driver looks like he should be playing the nice art teacher in a high school movie. You need a badass like the guy who plays Oliver Queen in Aarow, Dylan O'brain from the scorched trails or even myself for Christ sakes. I could honestly look more menacing than Adam Driver. Joseph Gordon levitt would also make a great Kylo. I'm just trying to help you guys out cause people laughed when Adam drivers face was shown, I even heard someone say "even I could beat his ass". If you guys don't replace Adam Driver substitute teacher looking ass at least keep the mask on for the next movies entirety, thank you