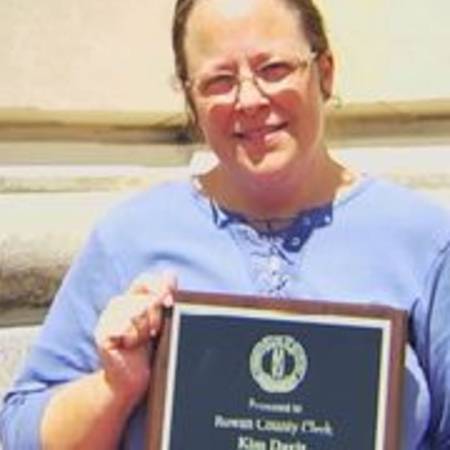 Beloved in Christ, we are under attack and the immediate object of this war is Honorable Kim Davis, the elected Clerk of Rowan County, KY who refused to sign marriage certificate for same sex couples because of her Christian faith. Currently, she is sitting in prison because she elected to stand up for her faith.

You can not force someone to do anything against his/her conscience or faith. As a believer in Christ, we have a holy duty to defend our faith. It is time to stand up for God. If you are not prepare to bear the cross like Christ, you are not fit to be a Christian. Stand up for Christ! For I am persuaded, that neither death, nor life, nor angels, nor principalities, nor powers, nor things present, nor things to come, Nor height, nor depth, nor any other creature, shall be able to separate us from the love of God, which is in Christ Jesus our Lord. Romans 8:38-39King James Version (KJV).

If you believe that the term marriage is a sacred ceremony ordained by God in the beginning, then stand with Kim Davis. As it is written “ So God created man in his own image, in the image of God created he him; male and female created he them. Genesis 1:27King James Version (KJV).” If God had ordained same sex marriage in the beginning, he would have created same sex couples at the beginning. Therefore, the practice and concept of same sex marriage is unnatural! The woman was made for the man and the man was made for the woman. Hence, the ultimate purpose of sex is procreation for the preservation of humanity. If we reduce sex, the sacred creation of God to only pleasure, we are in disobedience to God’s will and the law of nature. Any sex act outside of the concept and scope of procreation unnatural!

For this reason, it is written “ I will therefore put you in remembrance, though ye once knew this, how that the Lord, having saved the people out of the land of Egypt, afterward destroyed them that believed not.

And the angels which kept not their first estate, but left their own habitation, he hath reserved in everlasting chains under darkness unto the judgment of the great day.

Even as Sodom and Gomorrha, and the cities about them in like manner, giving themselves over to fornication, and going after strange flesh, are set forth for an example, suffering the vengeance of eternal fire.

Therefore shall a man leave his father and his mother, and shall cleave unto his wife: and they shall be one flesh -Genesis 2:24.

For this cause God gave them up unto vile affections: for even their women did change the natural use into that which is against nature: And likewise also the men, leaving the natural use of the woman, burned in their lust one toward another; men with men working that which is unseemly, and receiving in themselves that recompence of their error which was meet-Romans 1:26 - 1:27”

If you believe in your hearts that Jesus Christ died for the salvation of all mankind, stand for Christ, if you believe that same sex marriage is unnatural, stand up for God. Fellow believers in Christ, if we failed to stand with Kim Davis, very soon we shall all face prosecution in the United States in the same manner for practicing our faith. Please sign the petition for the immediate release of our beloved Sister in Christ, Kim Davis, the Honorable elected Clerk of Rowan County, KY.