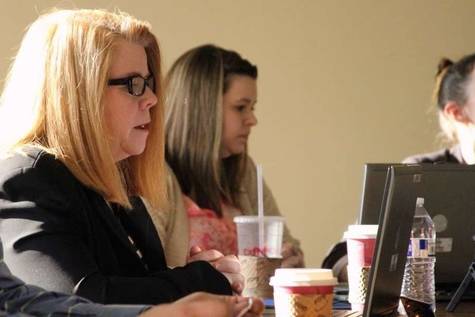 Cynthia A Franklin is a member of the Anchorage ABC and MCB boards. She is using the power of her public office to intimidate and discriminate against the local Anchorage LGBT community.

When Cynthia found out the teacher of her daughters drama class was a gay man who chooses to perform in drag in his spare time and as his profession, she publicly outed him as gay and a drag queen infront of students and his fellow teachers, and later pressured the principal of the school to consider firing him stating 'he cannot teach the children because he performs in drag and has a bar lifestyle'.

Instead of just taking personal responsibility and removie her daughter from his program because of her staunch personal beliefs, she chose to publicly shame and out this guy who is pledging his spare time working with a group of community youth. We feel sorry for her daughter, who im sure enjoyed the class, because she is being raised in her Mother Cynthia Franklin's, tiny close minded untollerant hateful world, (where it is also safer to get drunk then have access to medical cannibis. But thats another petition)

Friends, This is an Alaskan business woamn who has the power to grant or deny liquor or marijuana licences to any and all LGBT community members. Please sign this petition urging Cynthia A Franklin to resign any public seats or offices she holds. Because her homophobic bigoted beliefs do not represent the beautiful and tolerant Anchorage that we are building.

Join the #CynthiaFranklinIsAHomophobe movement on social media and join our group marching inspite of her in this years PRIDE fest. Parade. This kind of discrimination needs to end.standup to bigotry. Send Cynthia a clear message. Girrrrrrl bye.