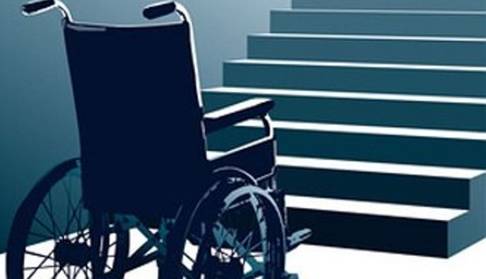 Humanity deals with the rights of every person who lives on the surface of this Earth. However, the incapacitated segment of the society has not been catered to the extent it should be. I am Iman Faisal, student of A levels at Lahore Grammar School, Johar Town, Lahore. My father is a victim of polio, thus I have closely observed the challenges faced by him, not because of the disability he's been affiliated with but because of the way the society reacts towards his disability. Once asked about his biggest fear, my father replied in one word, "stairs". This is the primary reason I always accompany him to every place he intends to go. Therefore, I've initiated this petition as a step to highlight one of those key problems the disabled community is confronted with.

By signing this petition, you'll agree on the need to have railings with stairs along with ramps in the newly constructed public buildings in Pakistan. The existing premises should also at least add railings to the stairs if the option of ramp is not feasible. It is clearly evident that this is not considered an issue by many since the newly constructed structures ignore the importance of such facilities. However, we as humans owe it to our civilization. Hence, I'll be grateful to everyone from the global community who supports me with this petition, which is a tribute to the brave handicapped people of our society!