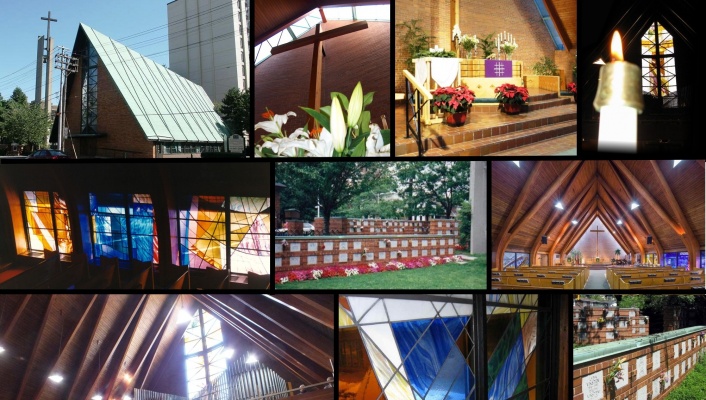 We need your help to save the beautiful green-roofed architectural gem on the corner of Roehampton and Eglinton in mid-town Toronto.

St. Peter’s has great significance architecturally and historically for Toronto and Canada. It was the first modernist church in the city of Toronto. The church is an exquisite building that showcases the struggles and triumphs of the Estonian People and their hopes and dreams of a new life in Canada. It has been a central hub for the Estonian and surrounding community, supporting not only religious services, but also scouting, children’s daycare, clubs, choirs, etc. It is a symbol for freedom and democracy; a reminder of the European influence and legacy in the city of Toronto. It is a wonder for Estonians living in exile as it was headed by an Estonian minister, designed by a world class Estonian architect, funded and built by Estonian war refugees.

St. Peter’s was completed in 1955. It was designed in the modern sacral style of the day. The sanctuary’s interior, reminiscent of an overturned boat, symbolizes the refugees’ boat reaching safe harbour. The famous architect, Mihkel (Michael) Bach, endeavoured to create a style that reflected the pioneering spirit of the people. He said “no stereotyped style could reflect the forward-looking spirit of the congregation, whose struggle for freedom brought them to a new homeland from the political strife which was once their home. It was this freedom sought for, and this break from tradition on the part of the congregation, which led to the progressive design, and hence, some credit for the design must be given to the people for whom the church is built.” The interior of this church has been praised for its exceptional design by architectural historians from around the world. The interior layout differs from Canadian architecture of this time and was greatly influenced by Bach´s education and work experience in Estonia and in Sweden.

The church construction was so noteworthy that Toronto mayor Nathan Philips was present at its commemoration (1955). Every architect and engineer in Toronto was aware of, and followed its construction, as the architecture included completely new design elements and construction techniques. Bach played an influential role in developing a new generation of Canadian architects at the University of Toronto where he was a popular professor.

The beautiful stained-glass windows in the church were designed by Ernestine Tahedl who designed them as a celebration of Estonian heritage.

In the courtyard of the church there is a columbarium with niches into which are interned the cremated remains of more than 300 individuals. This is the resting place that many founding church members, war veterans, and community leaders chose for themselves.

An application for heritage designation has been submitted to the City of Toronto and we need your support. Please sign to indicate that you support the Heritage Designation so that the building will be protected and will continue to serve its community.