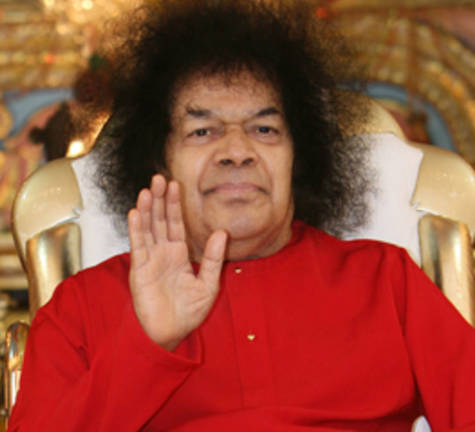 Aum sai ram to you. I trust that this note finds you well.

We do apologize for cluttering your inbox but we would like to state that we prayed intensely to our beloved Swami before typing this mail. We also consulted with other respected elders in the country to get their views on whether what we are about to write is in the best interests of the Sathya Sai Organization in South Africa. We are satisfied that we have got the right answers hence we have decided to script this mail out of concern for truth and dharma. We are writing this mail without fear or favour to anybody other than our divine master. The core issue for our note is to express our concern, sadness and downright anger at what is taking place in the Sathya Sai Organization in South Africa at present. The organization has become a platform of showmanship, pomp and ceremony, feeding of egos, wasteful expenditure, intimidation and even violence, as well as becoming politicized. These are some of the key issues that concern us and we will elaborate on the same in the forthcoming paragraphs.

At the outset, we must state that it would reckless or irresponsible for senior leadership of the organization internationally to dismiss our mail as one of being a disgruntled party or a former officer bearer or being part of the so called " other camp" Let us state that we have no reason to be disgruntled. We continue to acknowledge Swami as my master but we feel disillusioned with the way the organization is being run in South Africa at present. There is a lack of the “Ethical leadership” that Swami espouses. At this juncture, we must also make mention that Swami has always stated that he has “lent” his name to the organization clearly highlighting the responsibility to us all to be good custodians of the name. We are also flagging this point because a lot of people seem to have forgotten this core tenant of the organization being formed and seem to think that they “own “the organization. Swami’s organization has always been one of humility, selfless seva, love and inspiring others through the resonance of these values. In the South African context, The Sathya Sai Organization of SA has lost its way. We have listed the concerns below in more detail:

Showmanship:
It is disturbing to note the number of grand events that are being put forward, the social media marketing campaigns, the upcoming Chatsworth function whereby VIP Lounges and VVIP areas are being staged. We have recently learnt that the President of the Central Council ( Dr Navendran Govender) has been sending out VIP invites to businessmen in South Africa for the upcoming Chatsworth programme. These same businessmen have been asked to contribute to this elaborate function and are very upset about the same. They said that serving Swami already makes them a VIP. What constitutes a VIP devotee? We would like to remind you about the statement that Swami once made that he values the paisa given by a student who sacrifices his desires much more than a wealthy businessman. We then ask ourself on what basis does Dr Navendran Govender distinguish who a VIP devotee is. This is embarrassing and tarnishes the image of the Organisation in SA . We never solicited funds from the public. Never ever in the history of the Sai Organization in South Africa has such showmanship been put on display. It is absurd to hear what is going on. Further to this, you have a Central Council President in a white suit playing out videos in Thursday Satsangs imploring devotees to attend this big Chatsworth programme. Flyers are also being circulated within centres. Is this what the Organization has become? Some celebrity church where the central council president is acting like a celebrity pastor. It makes a mockery of the humility of the organization and to be frank makes us all look like we are in a circus led by a circus master. Who thinks about such things other than people motivated to feed their own egos. Have we forgotten that Swami created this organization through love and resonance and not such obscene marketing campaigns where hundreds of thousands of Rands are being wasted. This brings us to our next point on wasteful expenditure.

2. Wasteful expenditure:
We have on record many devotees who are complaining about being harassed for funds for this event. We have signed affidavits from devotees saying that they are getting numerous calls for donations. In some centres, contributions are being specified. As a former office bearers, we know that things were very tight with funds and we did our best to manage funds in a prudent manner. We battled to fund the sai schools in SA and give our educators decent salaries. How can we take decisions to host such large functions when we don’t have proper budgets in place for the same and don’t have our expenditure priorities correct? South Africa is also not a country where large parts of our membership are affluent and can become regular donors. We are living in a tough economic climate and many of our devotees are struggling to make ends meet only to be squeezed and pressurized for more funds. Is this correct Dr Reddy? Will Swami be happy with this? Don’t be fooled by the leadership in SA stating that they have big donors who have come forward. If so, why are devotees still being forced into making such donations. We also hear of youth leadership trips being funded by the organization in SA because it is part of “official business”. Is this what the organization has now become – a business with youth excos” Disgraceful is an understatement. As a member of the public and former trustees and office bearers, we would like access to the financials for this function and the trust affairs in general because we find it unacceptable to hear about all of this. We also heard of certain leadership borrowing money in their personal capacity from devotees and not paying back money on time. This leadership is currently acting as trustees of the central trust. How can people who have their own financial problems be custodians of the SA Trust funds? It is reckless to even consider such decisions and donors would be quivering in their chairs if they knew what was going on.

3. Politicizing the Sai Organization in SA:
It is alarming to note that senior members of the ruling political party in South Africa (the African National Congress) are invited to the large public Sai programmes. Last year, we noticed that the Premier of Kwazulu Natal was in attendance. Granted he may be a government employee but he has been deployed by the party. There were various politicians that used to visit Swami at Prashanti Nilyam however he welcomed everybody equally – across party lines be it BJP, Congress etc. We are most alarmed to see political representatives from one party attending the SA SAI functions. We need to be apolitical and neutral. Is it because the current leadership of the Sathya Sai Organization in SA wants to curry favour with the current ruling party in South Africa. We know that Mr Alan Reddy is a member of the ANC. We respect his political allegiances and that of the party. In fact, we are all grateful for what the ANC has done for liberation of our people in South Africa and we respect that but a spiritual movement has no room for politics. We would like to know whether the Sathya Sai Organization in SA has now officially endorsed the ANC as its party of choice or if it is choosing to remain neutral. This for us is another worrying trend.

We can continue to write many more leadership transgressions but we don’t think that is the purpose our memorandum. We would just like to inform you that the situation is becoming unacceptable. Devotees in SA are being misinformed and misguided in the name of Swami in SA. This nonsense must stop immediately hence we are writing to you to clarify whether you are aware of the above. We write on behalf of a concerned group of devotees to ask whether you are aware of such activity going on. We would like to bring to your attention that several the above acts are in direct contravention of the charter and various trust deeds that have been signed. We are happy to provide you with written affidavits, testimonies and evidence of the above transgressions. Please note that we have attempted previously to resolve these concerns via reasonable dialogue, through your office however this has not materialized. We ask, as a matter of public interest, to clarify your stance on this matter. We humbly ask that you take these concerns seriously and not dismiss them as noise from a small and disgruntled bunch of devotees. WE have no intent to seek any position or fame from this. We will respect whatever your view is but you trust that you will respect our call for action. We believe that the current leadership in SA is not making decisions from a solid spiritual foundation but rather from a foundation fed of ego. Dismissing our pleas will only create further tension. We look forward to a formal response from your office before you arrive in South Africa at the end of this month. Should you choose not to respond, we would have to assume that you endorse the above transgressions, given that we have now brought it to your attention. We hope and pray to Swami that you will help resolve this leadership crisis in a loving manner. We looking towards strong and decisive leadership now and not showmanship. Leadership is driven from the heart and showmanship is driven from the ego.

Concerned devotees of the Sathya Sai Organization of South Africa.