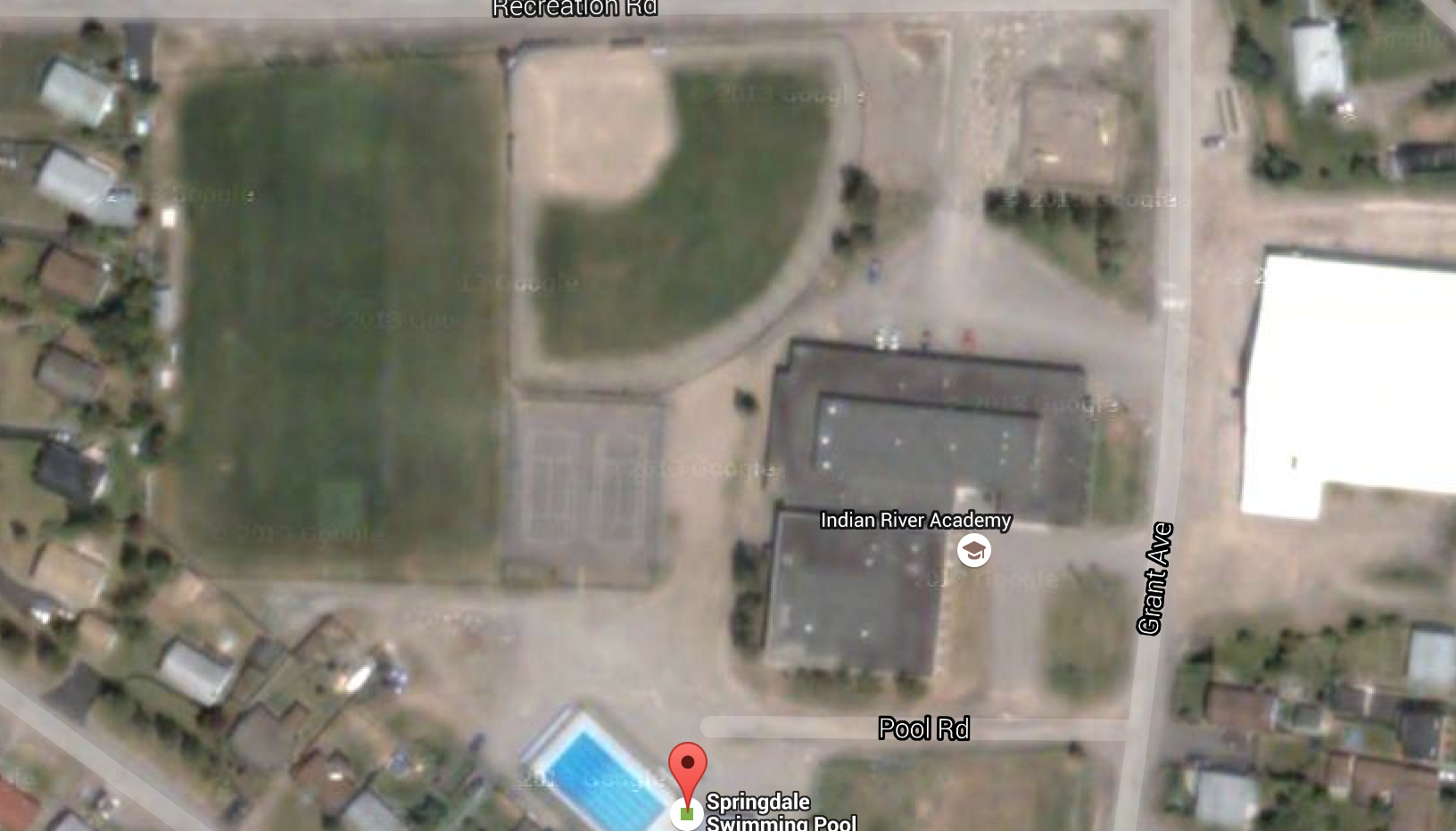 For several years there has been a problem with the small softball field in Springdale causing troubles for a strong softball presence in the area.

Several dangers get involved every time there is a game, as shown on the satellite image from google maps. Many children and adults regularly visit the playground all summer months, walk to school, play on the two tennis courts, and minor soccer uses the field almost every night of the week in the summer. A big issue to most parents in the area, is the chance of their children being hit hard with a flying softball. Another concern is their vehicles parked around the field. The stadium and manuel hall also hold high volume events which force many people to park near the field. With limited parking for the high traffic of the area many people are forced to park very close to the field. Damage to the school and several vehicles have occurred in the past.

There is also a concern of many residents living on the side of the softball field. They have softballs flying on their vehicles, houses and in their gardens. For some houses on recreation road this is a weekly occurrence to hear a softball landing on the roof.

Besides the big safety benefits of a new field, another big benefit to be considered is the economic value to the community. With such a small field it is nearly impossible to host any mens tournaments in the area. With many softball teams all over the island, if a new field was in place several tournaments could be held bringing many people to Springdale.

There is a mens league in Springdale which has great numbers and would love to host many tournaments in Springdale. Several community members and businesses have offered their time and help if a new field was to be considered. There are a few areas in Springdale limits some of the mens league team believes would be great potential areas for the new ball field.