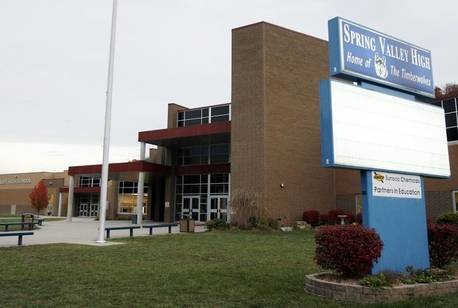 Kaden Garrett is a Spring Valley High School sophomore student who played on the football team last year. This week he decided to bully a special needs student. In a video that has gone viral, Kaden claims that the boy took his phone. He tells Kaden that he did not take it, and Kaden decides to hit him repeatedly. You can see the boy covering his head in fear from Kaden, and not once does he hit back. Not only does this bully hurt him, but he threatens him. At the end of the video, Kaden says to the boy, "If I find out you have my phone, I'm coming back and it's going to be worse".

Losing your cell phone is not a reason to bully or threaten someone. I believe that violence is never the answer. I also believe that when you make poor choices, there should be consequences. Kaden has received a ten day suspension from school. In my opinion, I don't think ten days at home will make Kaden understand that bullying is not accepatable, so I've created this petition in hopes to find people who agree with me. I think Kaden should not be allowed to play football for Spring Valley in the future. I do not want a bully to represent our high school.