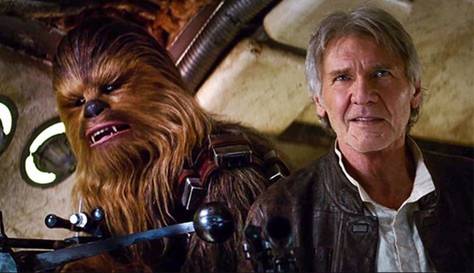 Did they seriously kill him off? ARE YOU SERIOUS!! Han Solo is one of the most beloved characters, and J.J Abrams had the balls to kill him off! That is unacceptable! Sign up to bring him back and send it to Abrams. Han Solo is the greatest funniest cockiest (in a good way) Character, and he hasn't been in one for a while now. But as soon as the rebel gets back in theaters he is dead! Now I know about the Han Solo movie but that's different! I am talking Harrison Ford back in the game for another 3 more movies! Abrams you may have directed/Produced some good stuff, but this is taking it to far. Far FAR! Farther than the galaxies.

Although in the movie he did fall down. Well, what about Darth Maul? Or what if he was saved by the force. This is not the end of Han. And Harrison Ford must return! Not in flashbacks, but fully healthy Han Solo