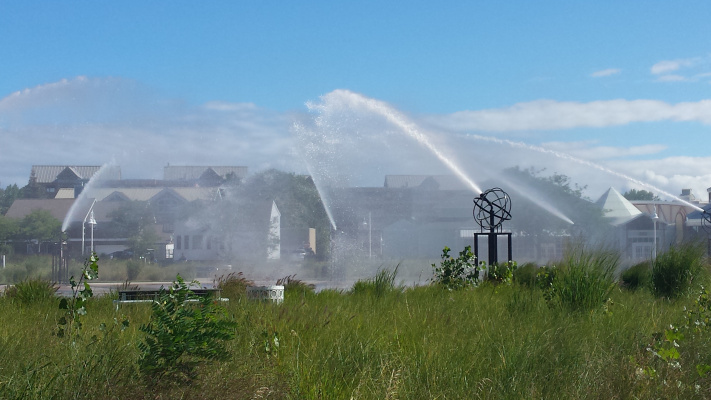 I am interested in gathering support to put a splash pad near willow rec center in North Hoffman Estates. If we act soon before July 19th, we might be able to influence some folks. On July 19th there is supposed to be a hearing for improvements to one of the Lakes in Hoffman Estates. Here is the original response I received from City Hall:

Peter, thank you for the feedback on the comment card that you completed. The park district’s decision making process regarding future capital projects and day-to-day operations are based largely on our Comprehensive Master Plan (CMP). The district completes a new CMP every 5 years with the last plan completed in 2014. The CMP over the past 20+ years has helped enable the district to maintain our existing parks and facilities to our established standards while maintaining an overall healthy financial position. Your inquiry is very intriguing as the park district during the creation of our 2014 CMP identified the need for a splash pad on the north side of Hoffman Estates. However, at the time it was determined that a splash pad was not a high enough priority to be included in the projected capital projects to be funded over the next 5 years.

The district plans to start the planning process to create a new CMP in 2018 and complete the plan in 2019. We will definitely give your suggestion strong consideration as we recognize both the need to repurpose the Safety Town area east of Willow Rec Center as well as adding a splash pad on the north side of Hoffman.