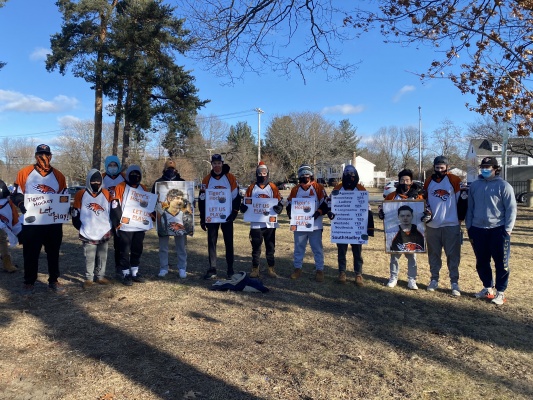 729 people have signed this petition. Add your name now!

This morning, South Hadley High School parents, players and families rallied to show their support around letting our boys play high school hockey. This past Thursday, the South Hadley School Committee made the decision to NOT allow our boys to play hockey this season. However, they did approve swimming and basketball - skills&drills.

As a point of reference, 11 surrounding towns have approved hockey for their high school students, who began their season on January 11th, and some have already played their first game of the season.

It is also important to note that many of these players have just completed their fall season consisting of 25-30 games, and now while their former teammates are allowed to play for their high schools, our boys have been shut down by a small group of School Committee members, who have banned our boys from playing.

My son, along with eight other seniors won’t get this opportunity again.

Although we got over 100 signatures in person earlier today, please show your support by signing this petition for an immediate injunction to force these committee members to alter their decision, to put it back on next Monday’s agenda and to right this wrong!!