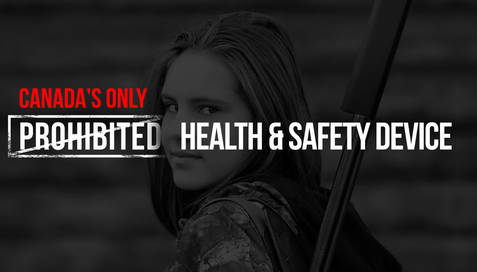 1727 people have signed this petition. Add your name now!

We, the undersigned, Citizens and Residents of Canada, call upon the individual Members of the Parliment of Canada to:

Sponsor the following petition as an official e-petition to the Government of Canada.

Highly damaging noise levels repeatedly reach the ears of firearm users despite the use of traditional hearing protection.

Section 7 of our Charter of Rights and Freedoms recognises an individual’s right to personal health and safety.

Sound moderators are the only universally recognised health and safety device that has a criminal prohibition in Canada.

As affirmed in Bedford v. Canada at the Supreme Court of Canada, one cannot be prevented from taking reasonable steps to improve personal safety in a hazardous situation.

The majority of G7 nations and many others have recognised the health and safety benefits involved, and allow the legal use of sound moderators by hunters and sport shooters.

Sound moderators reduce noise pollution and noise complaints in communities with shooting ranges, in rural and farm communities, and in areas used for recreational activities where hunting and target shooting is legal.

We, the undersigned, Citizens and Residents of Canada, call upon the Government of Canada to:

Take a stand and empower Canadian's to be responsible for their own health and safety by removing the prohibition of sound moderators from the Criminal Code of Canada.

Allow the legal acquisition, possession, and use of sound moderators on firearms by all licensed firearms users in Canada.

Call upon the provinces and territories to amend provincial and territorial prohibitions and allow the use of sound moderators while engaged in all legal hunting and sport shooting activities.