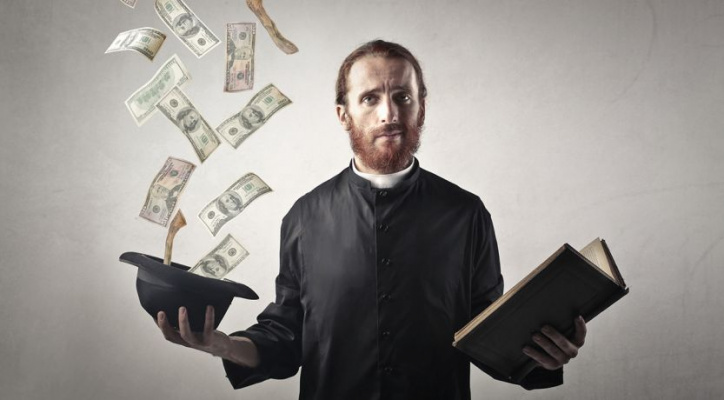 No one is ignorant to the prosperity gospel and televangelists. This is commonplace. But thanks to a recent WORD broadcast the sense of urgency for righteous indignation has increased by leaps and bounds concerning the abuse of God's sheep. On a May 7th, 2019 Word Network Broadcast, a message was preached to and for victims of rape, abuse, and those who had abortions dealing with the shame in the aftermath. To the dismay of many, people were asked to sow a 'SHAME OFFERING" of $61. As if messages on 'Double for your trouble' 'My haters' 'Going to get back what the enemy stole' weren't already unnerving, we plunge even lower into the abyss of coldhearted love Jesus warned about in the days to come. As Sons and Daughters of the most High we are asking all to reconsider funding and support for such a venomous assault on hurting and broken hearted people. Some of which are YOUR sons,daughters,fathers,mothers,wives,husbands,grandfathers and grandmothers. We ask for integrity,we ask that speakers are vetted before given a platform,we ask that Jesus be glorified and that His death and resurrection be the focal point from this day forward. We ask for an apology not only for the aforementioned broadcast but the hundreds preceding it where scripture has been contorted i.e seed (which was the WORD of God in most instances and NOT money) to be made to those misled to give for healing, success and prosperity. And that moving forward if no reform be made that the station be dismantled. No money is being asked for. Just a RENEWAL of mind! We ask any current or future patrons of WORD network to consider giving money in their own communities and to people in desperate need of help. We ask WORD network to use their platform strictly for the glory of God and alongside requests for money to model Acts 4:35 and Acts 2:45 where the distribution of resources were made to help EVERYONE. From the apples of God's eye, we plead with you to cease, desist, and give ear to what is being asked.