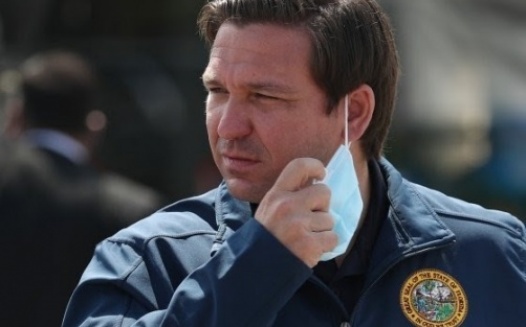 S.O.S Governor DeSantis! Save Our State from Unconstitutional Mask Mandates and Unlawful Arrests!

5744 people have signed this petition. Add your name now!

The great state of Florida is in grave danger, and not from a virus from which the vast majority of people fully recover.

The state of Florida is in danger of losing the freedom for which you purport to stand -- and not to an enemy foreign, but domestic.

Yes, in the state you govern, our freedom is being trampled by tyrannical local government officials who have exploited the liberty you have allowed them. These officials, many by executive order without the input or will of the people, have imposed unconstitutional, unlawful, and unhealthy mask mandates and local "emergency orders" which are in conflict with your own intentions and statements. Such mandates are terrorizing the free citizens of Florida and resulting in the arrests of peaceful demonstrators and patriots who stand firmly in freedom against these unlawful mandates.

These mask mandates, along with other draconian, unnecessary, and unlawful mandates/orders, have not only resulted in the invasion of privacy, the destruction of commerce, the inhibiting of learning and leisure, and contributed to the ill health and discrimination of Floridians -- but have also resulted in the arrests and false imprisonment of law abiding citizens.

My own unlawful arrest on a Miami Beach and subsequent imprisonment has resulted in trauma from which I'm still recovering. I faced two years and sixty days in jail for stepping onto a beach while holding a sign bearing the First Amendment in peaceful demonstration of my rights. I am not alone. Two others were arrested alongside me. Three other women were arrested in Palm Beach County. Three other citizens were arrested in Cape Coral, Florida.

What do we all have in common?

I will not allow myself to believe this is the vision you had for the great state of Florida when you placed your hand on the Bible and swore to defend The Constitution.

If you stand for liberty, if you stand for freedom, if you believe that Floridians should be free from unauthorized and arbitrary government overreach, if you believe that free citizens should not be forced to shroud their faces under threat of penalty from the government as though we are existing under sharia law, that there should not exist telephone numbers with which to turn in our neighbors as in communist Cuba -- if you believe in the First Amendment's guarantee to peaceable assembly, we are URGING you to exercise the authority you have been given and:

• end all mask/face covering mandates in Florida by executive order

• declare that NO PEACEFUL DEMONSTRATOR will again be subject to arrest in the state of Florida for exercising their First Amendment right peaceably to assemble.

We freedom loving Floridians and your constituents are counting on you to uphold the oaths you took to both the Florida Constitution and the United States Constitution and defend us against our own local governments and municipalities who seek to restrict our freedoms to a degree with which our forefathers would be appalled and enraged.

We are sending out a distress call. This is our S.O.S.

Will you heed our call? Will you save our state?

Tara Higgins Hill on behalf of Reopen Florida! and the freedom loving citizens of Florida