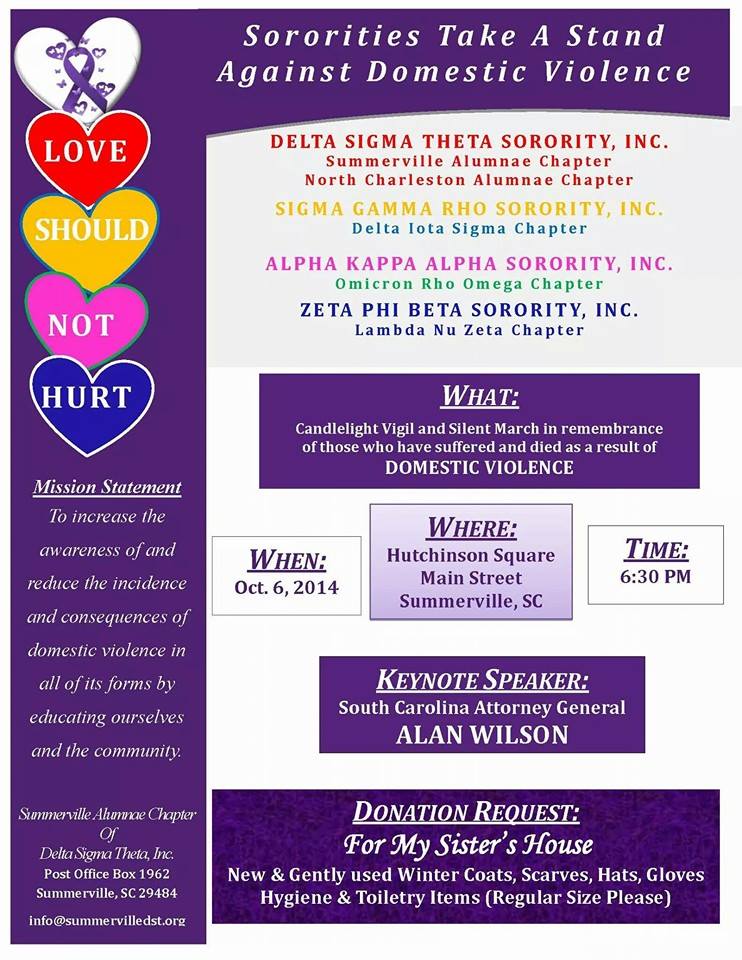 TO THE HONORABLE NIKKI HALEY AND THE SOUTH CAROLINA GENERAL ASSEMBLY:

It is time to address the Domestic Violence EPIDEMIC in the state of South Carolina. From 2010-2012, our state was ranked #1 in the United States in the rate in which women were killed by men that they were intimately involved with. In 2013, our state’s ranking fell to #2. This is not enough! According to a recent series by the Post and Courier, domestic violence is an ingrained, complicated and generational problem in the Palmetto State. But that doesn’t mean it cannot be solved. We are imploring you and the South Carolina General Assembly to begin addressing this serious issue immediately. Enough is enough! To save lives and hold these criminal offenders accountable, legislation must be enacted to:

- Remove firearms from the homes of convicted CDV offenders. Statistics demonstrate that guns as the weapon of choice in nearly seven out of ten domestic violence killings.

- Increase the number of shelters for those seeking refuge from domestic violence.

- Require electronic monitoring for those offenders who have a family court Order of Protection against them and for those facing pending criminal domestic violence charges.