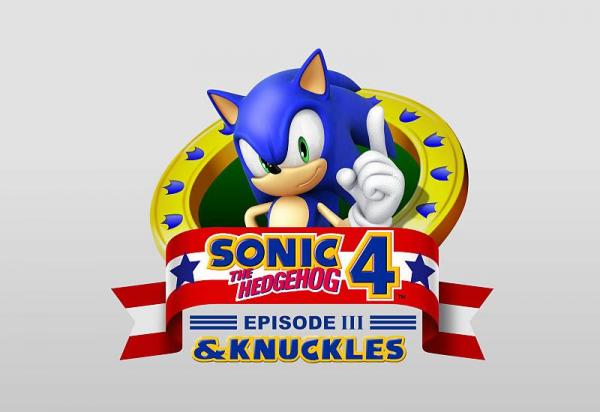 Okay, I think it's obvious why the Death Egg didn't blow is because they're going to follow up on it in Episode 3...but that's the problem. I mean, right now it's unclear if they're even going to make Episode 3, so why would they leave Episode 2 on such a cliffhanger if they don't know if they'll follow up on it? If Episode 3 doesn't get made, then Sonic 4 ends on an anticlimactic cliffhanger that doesn't get resolved, and messes up the series continuity because that leaves the Death Egg just sitting up there at the end..

You can't give the people Tails and then take away all opportunity for Knuckles. It's just not fair. Sure I think we all agree that Sonic 4 Episode 1 wasn't received well by fans and Episode 2 wasn't far off. But take a trip down memory lane, SEGA learns from their mistakes. Episode 3 is an opportunity for change. An oppurtunity for SEGA to bring back Knuckles. Most people don't want Episode 3 and it's because the Sonic fans have a lot of nostalgia for the classic 2d games and compare them to Episode 1 and 2. The classics are their main source of critic. I believe that Sonic Episode 3 should tie up all loose ends that were made during Episode 2 and bring "What should be a Trilogy" to a definent close. I am certain that if enough of us Sonic fans want Episode 3, SEGA will ensure it goes out with a BANG! One last thing before I draw this to a close, If fans look back on the classics and compare them to Episode 4 then why are they overlooking the fact that the classics ended with a trilogy? That's all for now. I hope you all see me through and realise what I mean. So please sign this petition and support this great cause. If we put our minds to it we can get Episode 3! Thank you for reading
- Matthew