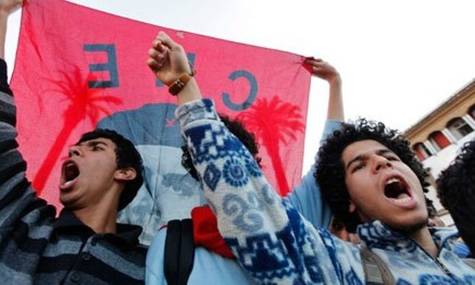 Solidarity with the Moroccan Students Union.

As trade unionists and students we the undersigned are writing to state our support for free trade unions, independent student unions and for free assembly as a universal principle.

We are deeply concerned that the Moroccan Government is seeking to assert state control over the National Moroccan Students Union including seizing its headquarters and placing it under the control of the Ministry of Youth and Sport.

We wish to express our solidarity with the planned student movement protests on 25th December 2016 and call on the Moroccan government to release students who have been jailed for legitimate protest and to end all repressive and legal measures taken against trade union and student bodies.