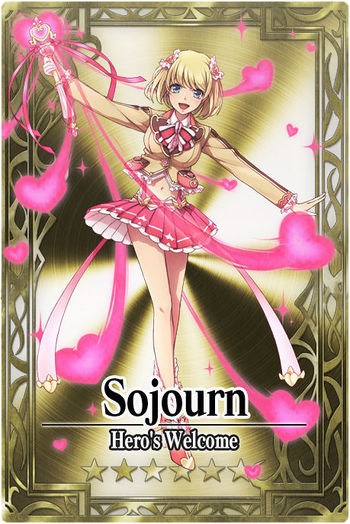 Sojourn should be giving to all Players in Fantasica

Its not fair the inactive Player who might never come back to Fantasica, gets a reward this a free 6* or the chance that the come back is only little, but still the get a reward for beeing inactive. While other People put money in Hyper Packs and other Cards Pack hopefully to draw a 6* and get nothing in return, than trash.
It shouldnt matter if someone is inactive or active, make that reward possible for all players to get!
Also loyal Players should be rewared more, than inactive players who decided to quit.
So its kinda of unfair they inactive will get a free 6* and they active player who support Fantasica, gets nothing. I believe loyal Players should be rewarded, so plz make it happen that Sojourn will be given to all Fantasica Players. People are putting so much time, money, and their hearts in to to that game, that is why we ALL deserve Sojourn. I hope Mobage will listen, and make it happen that every User will receice a 6*Sojourn and i belive that is what everyone else wants and wishes and hopes for.
So please make it happen. If you think about it some more an inactive Player cames online back for a short amount of time, in that them he was getting Sojourn/ and Shaft for Free, and than just leave, not all inactive players remains to be active again..Thats why i am saying: Why paying for 6*Which was meant to be a logg In Bonus?We all deserve Sojourn, not just inactive Players.