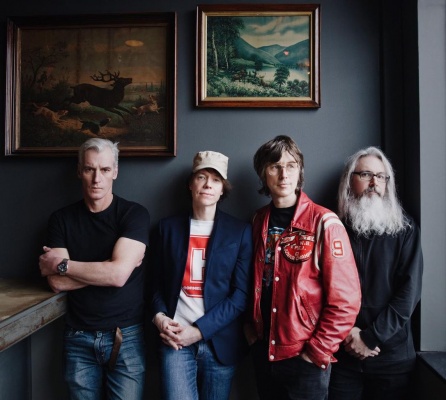 Let's induct Sloan into the Canadian Music Hall of Fame!

To the Canadian Academy of Recording Arts and Sciences (CARAS),

We are writing to recommend Sloan as the next inductee to the Canadian Music Hall of Fame.

Since 1991, Sloan has been one of Canada’s greatest independent success stories. From the moment they introduced the country to the Halifax Pop Explosion of the ’90s, longevity as a fiercely democratic, independent and unwavering music entity is revered by all as an example of a band truly finding an endearing success and the Canadian music landscape is all the richer for their contributions.

As a band, songwriters Jay Ferguson, Chris Murphy, Patrick Pentland and Andrew Scott have released twelve masterful albums that spotlight each singer-songwriter’s influence and individual style that culminate into a collaborative and exciting brand of pure power-pop/rock that they themselves have created. Sloan’s songs have been a staple of rock radio, and songs such as “Money City Maniacs” and “The Good in Everyone” have been summer festival soundtracks since the mid-to-late 1990s. Thanks to their critically acclaimed albums, from 1994’s game-changing Twice Removed to 2014’s brilliant and experimental Commonwealth, the band has demonstrated a relentless ability to grow and improve their sound while watching their fan base grow around the world.

Sloan has made us, the fans, rock out for 30 years now, and we’re so grateful for their generosity and music that we need to give back in a big way. Sloan, are among the best that have ever existed in this country, and needs to be recognized as such in the Canadian Music Hall of Fame!

*ATTENTION SIGNATORIES!!* First off, thanks for your signature! It's very appreciated! If you have time, please be sure to also share your favourite Sloan songs/albums/memories to our comment section. We love seeing and hearing your stories!

For anyone who was asked to sign this on behalf of a friend, or who are being introduced to Sloan for the first time, here are some amazing resources to get you started!