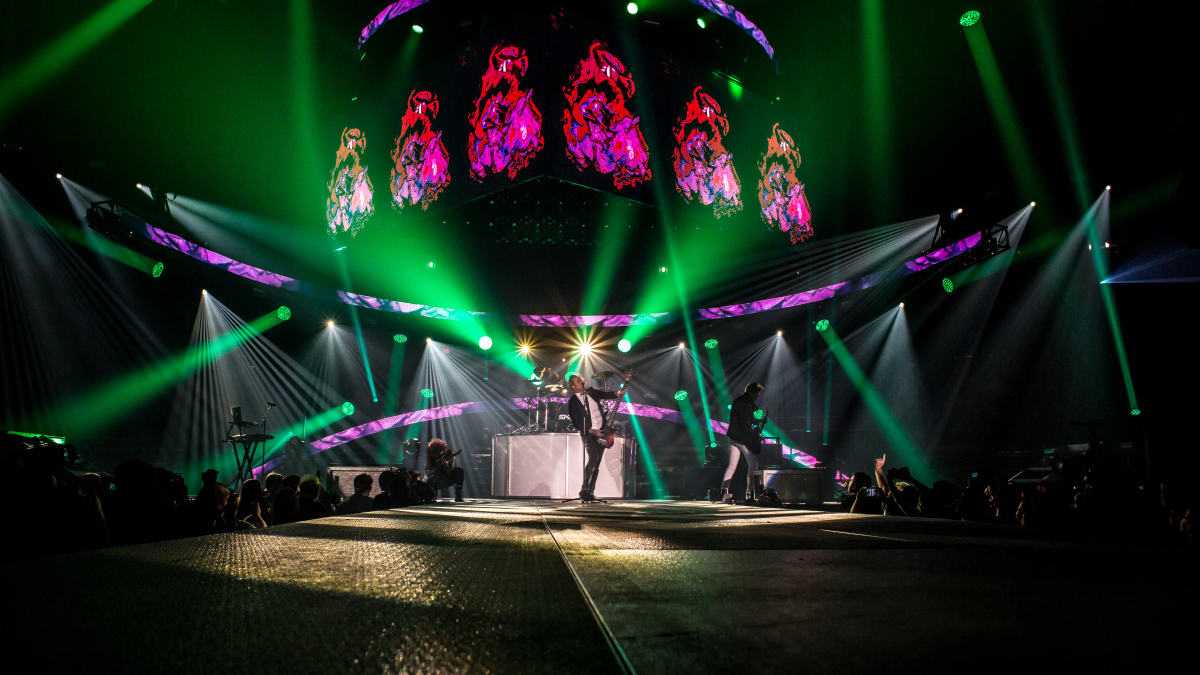 This year's Super Bowl Halftime show is over, and it's probably already time for NBC to start thinking about 2016. Next year will be year 50 of the Super Bowl, and they are going to need an EPIC halftime show. So who better than Skillet to lead the show?

If you haven't noticed, for the past FIVE YEARS the Halftime Show has been by a pop performer, and while it's completely unfair to say that these artists are "trash" in any way, it is DEFINITELY fair to say that each of these artists has a few songs which really aren't promoting positive messages to the viewers of the Super Bowl. Skillet could change that.
Skillet's music applies to nearly everyone, whether they are "In need of a Hero" or "Feeling like a Monster" inside, and the messages are all positive! Instead of filling our children's ears with music about sex and drugs, why not fill it with something more positive-About finding a hero in god and finding a hero in OURSELVES. Another great thing about Skillet is that it is a part of secular and christian music fanbases. Not only will this allow the nation to unite, but it will also attract more viewers to the halftime show. Christians will not have to try to avoid having their ears filled with what they believe is "music of the devil", because Skillet will provide wholesome rock music with a positive message for all.
Although signing this petition will not GUARANTEE any response AT ALL from NBC, I figure it is worth a try to attempt to get Skillet to the 2016 Super Bowl Halftime Show. Please help in making this come true, so that the 2016 Super Bowl can be filled with Pyro, Rock music, positive messages, and the love of God. I thank you in advance for your help.
(PHOTO CREDIT TO MATT CHRISTINE PHOTOGRAPHY)