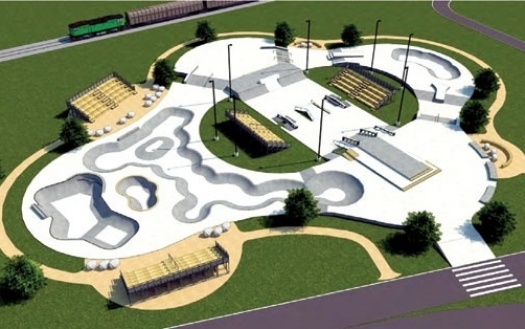 1348 people have signed this petition. Add your name now!

THE PICTURE IS JUST A STOCK PHOTO. NO PLANS HAVE BEEN DRAWN UP YET. WE WANT TO BUILD THE BIGGEST, BEST SKATEPARK IN THE SOUTHEAST THAT PEOPLE WILL TRAVEL FROM EVERYWHERE TO SKATE/RIDE. And why wouldn’t we? We already have one of the best bmx racetracks in the country, and a state-of-the-art velodrome. The demand for a skatepark is insanely greater than both of those facilities combined.

It is surprising to learn that many cities and towns in the United States don’t have a single skatepark. It’s easy to find a basketball hoop or a baseball diamond almost anywhere you go. Yet when it comes to skateboarding, skaters have little choice but to ride on the sidewalks, on the streets, school campuses, parking lots, and other places around town.

While skateboarding has been historically rooted firmly in youth counter-culture, this action sport has also grown over the past several decades to embrace skaters and families of all ages, races, genders, interests, and abilities.

There is growing demand for quality public skate facilities to serve skaters and others who have not been able to practice their action sports in Rock Hill public parks. These action sports, or roller sports are often categorized as Extreme Outdoor Sports, which has been a growing trend itself. Skaters without adequate facilities have often turned to skating on public infrastructure, causing property damage and leading to controversy, tension and public misconceptions of skaters.