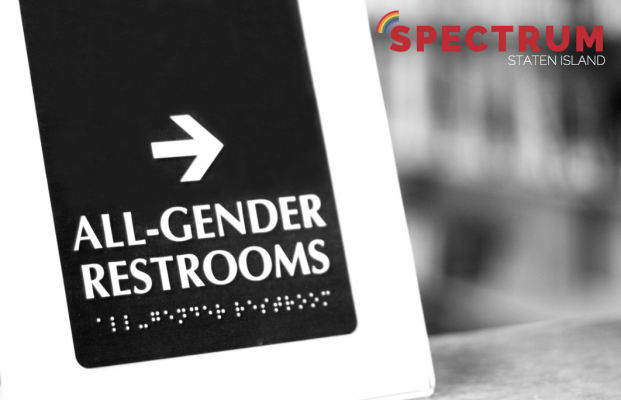 Bring a Gender-Neutral Bathroom to the SJU Staten Island campus

This petition hopes to bring one or more gender neutral bathrooms to the St. John's University Staten Island campus.

"Gender neutral" or "all gender" bathrooms provide a safe-space on campus for non-binary, gender neutral, gender fluid, transgender, and other members of the LGBTQ+ community to use the restroom. There are many examples of people who do not fit into the gender binary being harassed and uncomfortable in regular, segregated male-female bathrooms.

On the issue, Teen Vogue writes: "Removing gender markers even from one single-user stall helps remove the gender binary from daily life. It builds a culture where genderqueer, nonbinary, and gender nonconforming people don’t have to pick a side — male or female — when using the restroom. It normalizes the idea that using the bathroom shouldn’t be about gender and that people aren’t forced into socially-constructed boxes based on their genitals."

Currently, according to the St. John's "All Gender and ADA Restroom Map," the St. John's University Queens campus has 11 all gender bathrooms spread across various parts of campus for convenience.

The Staten Island campus has none, to student body knowledge.

Spectrum, the campus' organization for the LGBTQ+ community and its allies, has put this petition together in hopes that the St. John's Administration will provide a gender-neutral bathroom on the Staten Island campus.

Please sign this petition to help Spectrum present their case to the St. John's Administration.