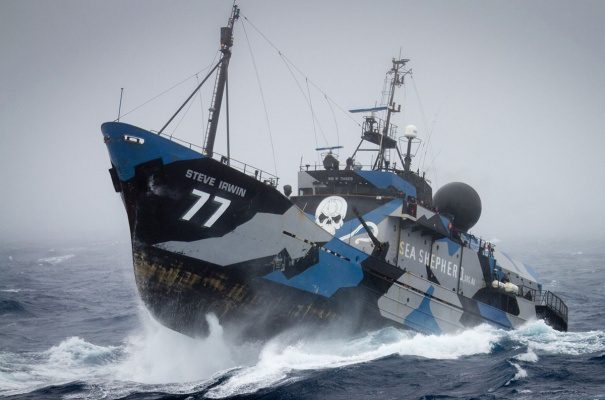 Sink the Steve Irwin in Melbourne

The Dive Industry of Victoria Association (DIVA) has secured an undertaking from the Sea Shepherd Organisation to donate the Steve Irwin to sink as an artificial reef in Melbourne, which will act as a haven for fish life and as a major tourist attraction to divers worldwide. This undertaking by Sea Shepherd is subject to the industry being able to locate the funds to prepare and sink, along with receiving the relevant govt permissions required to enable the artificial reef. It is currently a race between Melbourne and one other Australian location city, with the first to receive the go ahead from government to be the beneficiary of Sea Shepherds magnificent generosity.

The sinking of the Steve Irwin will enable the Steve Irwin to continue its role in being protector of the oceans by becoming a haven for fish life, at its traditional home base, Melbourne.

The Sea Shepherd will also attract overseas and interstate tourists to Melbourne. Melbourne is currently the wreck capital of Australia, where there are already 50 shipwrecks including four British WW1 submarines and an Australian Navy guided missile destroyer to dive on.

This petition is to be used as a gauge to measure support in order to present this petition to Government.