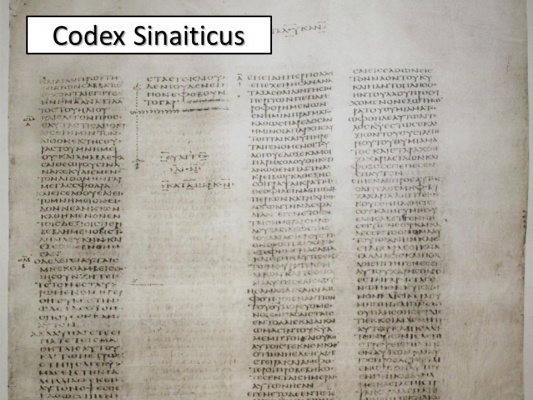 Discovery of Codex Sinaiticus which can now be seen at http://codexsinaiticus.org is regarded as perhaps the most influential manuscript that led to rejecting the old King James Bible and replacing it with more "updated" Bibles from "older and better" sources.

QUESTION IS: Why has the Codex Sinaiticus never been tested to confirm its age and authenticity? We have all the technology to do that yet the one time it was scheduled to be tested, April 2015, the test was mysteriously cancelled.

IF THE SINAITICUS PROVES TO BE A FAKE AND /OR VERY YOUNG MODERN BIBLES SUCH AS THE ESV, NIV, NKJV ETC WILL NO LONGER BE ABLE TO CLAIM IT CONTAINS GOD'S WORD. If on the other hand it proves to be authentic and as old as they say it is (at least around 1600 years old), modern Bibles may be right.

WE PETITION THE CURATORS OF THE HOLDERS OF THE SINAITICUS TO HAVE IT SCIENTIFICALLY TESTED A.S.A.P. :