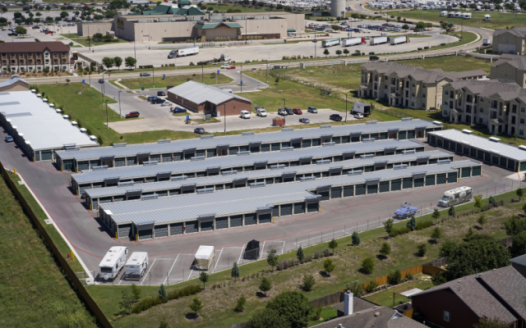 Unwanted Self Storage Facility in Our Neighborhood

288 people have signed this petition. Add your name now!

The Llano Springs and Chisholm Trail Ranch homeowners have just received notice that Silver Dollar Self Storage is making plans to build a storage facility in our neighborhood. Noah’s Ark Development is working on the planning and development of this project. The proposed storage facility will be at the main entrance to our new & developing neighborhood, at the southwest corner of Chisholm Trail Parkway and Risinger Road; between Brewer Road and CTP.

The developers are hosting a meeting this Tuesday, February 5th, 2019 to discuss their building proposal. However, many neighbors have voiced that they will be unable to attend said meeting, but would still like their views heard.

A vast majority of neighbors contacted have voiced that they are opposed to the construction of any self storage facilities in our neighborhood, as it would be an unsightly addition to our community. We also fear that this type of business would lower our property value and discourage new homeowners from considering Llano Springs and/or Chisholm Trail Ranch as safe place to call home. Lastly, we are opposed to the unwanted traffic that this business would bring to our community. We feel as though there are overwhelming negative aspects to the construction of this self storage facility. We would like it placed on record that we are demanding that our opposition and rejection of the proposed development, be noted and considered.

This petition will be forwarded to the City of Fort Worth Councilman: Jungus Jordan, with District 6.