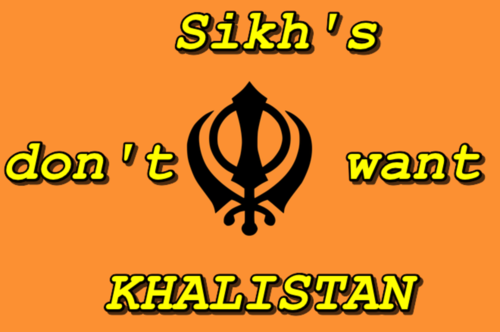 Sikh's living in India or abroad are not in favor of new nation "Khalistan" . Khalistan is a demand and idea of selective people and they are very few in number. People should not misled and believe that all Sikh's want Khalistan.

Sikhs living in India and anywhere in World ,outrightly reject demand of new nation Khalistan its time to end this issue forever and now what exactly all Sikh's want -

1) Amend article 25(2)(b) of constitution of India. Give Sikh's their right to be identified as an Independent RELIGION.

3) Freedom from all direct and indirect interference and tampering with their religious way of life.

To strengthen this agenda I request all Sikhs living anywhere join this on line signature campaign.