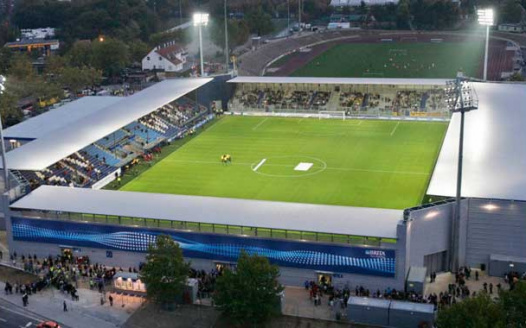 An ownership group consisting of Joe Belan (former U20 Canadian National Team player) and Lee Genier (former President of the Saskatchewan Rush) have proposed building and paying for a $20million multi-use stadium downtown Saskatoon to Saskatoon City Council. It would be situated on the north side of 25th St where the city yards currently sit.

The stadium’s primary tenant would be a pro soccer team playing in the Canadian Premier League that Belan and Genier would own and operate. The stadium could also see public use and could open doors to other sport ventures coming to the city.

Please sign to show your support for this proposal to City Council.

(Note: image used is of a permanent modular stadium, which is the style of stadium to potentially be built