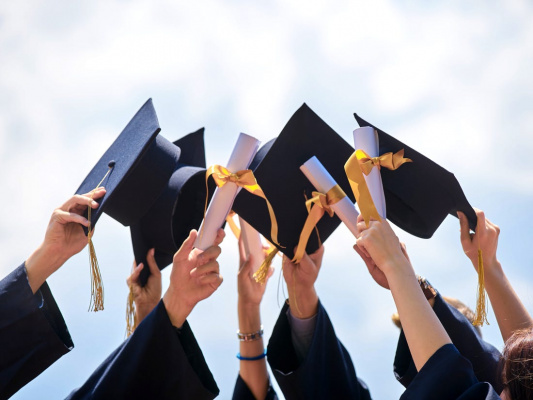 In the spring, Connecticut passed a law stating that CT high schools could "conduct previously scheduled graduation ceremonies on the firm graduation date established pursuant to section 10-16l of the general statutes even if such graduation date is before the one hundred eightieth day of regular school sessions as noted in the school calendar originally adopted by the board for that school year, and to not require students graduating at such ceremonies to attend any regular school sessions scheduled after such graduation date." This essentially means that High School Graduation dates can be established earlier and seniors would graduate on the initially decided day, not the "new" last day of school as influenced by snow days. Also, seniors would not have to attend the days of school following their graduation. If Southington High School and the Southington Board of Education decide to invoke this rule, the SHS Class of 2020 would graduate on June 11, the original last day of school. This would not only reward seniors, but create easier planning for graduation ceremonies as they would occur on a pre-set date, not a fluid one. By signing this petition you are stating that you are in favor of SHS and the BOE invoking this new State Law.