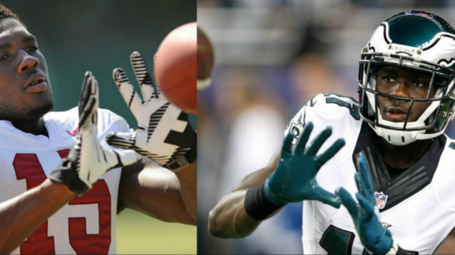 Show Nelson Agholor That Philly Believes in Him

We've all seen the GoFundMe to cut Nelson Agholor, but we've also all seen his post game interview saying that he just needs to get out of his own head and stop putting so much pressure on himself every time the ball is thrown his way. Let's show Nelson that the weight of the city is not on his shoulders and that we believe in him and support him as a city (because he's not going anywhere and that GoFundMe is only going to make it worse).