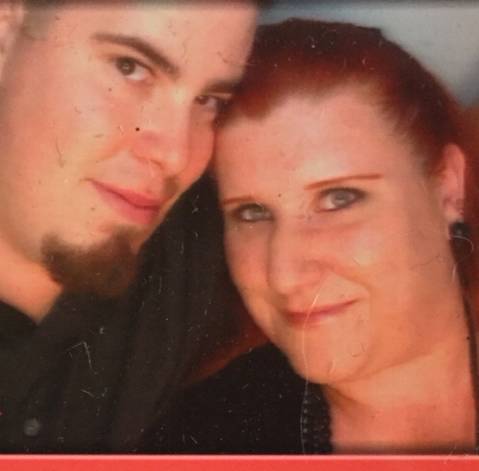 My husband was arrested back in July at our home in San Antonio, Texas which is where we reside, on a capital murder charge of which he did not do! His bond is $500,000 in which our families and I have been trying desperately to raise the 10% in order to get a bondsmen to bail him out. I have even been trying to sell some things because material things do not matter to me as much as having my husband here at home with me and our families.

It is quite a long story so I will try to just cover the main parts of it all. Basically my husband was set up by two supposed "friends" of his. And we have even had some people coming forward telling us how these two friends were bragging about how they set him up and we're going to blame him for everything. These two "friends" have quite a criminal record one of which had a few other pending felonies on top of this. My husband has no criminal record at all. The DA has only spoke with these two "friends" and will not talk with my husband and is going off of everything those 2 say. The DA has told my husband's lawyer they have already caught one of them in quite a few lies but yet they believe everything they say? Also 2 days before they arrested my husband they came and searched our house in which one of the officers slipped up and told us they did not even have the search warrant signed when they came in our home and started in. They made us go down to talk to detectives in which the detective I spoke with told me flat out he knew my husband did not do this and did not want him and wanted one of the "friends" in which he knew did it but they could not find him at the time. And how convenient that "friend" had fled to another state a few weeks after this crime was committed. While doing their search we were not allowed to eat anything or go to a restroom. I am on disability for kidney problems and ended up with a very bad kidney infection because of this. My husband is a care taker to me and takes me to all my doctor appointments and procedures. Which of course the courts do not seem to even care about. Also after the search there where many things missing that were not on the inventory list (of which we didn't get till next day) of what was taken. Some of these things that were taken that were not in the list were some of my medications, cash out of my wallet, a ring of my grandmothers. I emailed the detectives about it but did not seem to matter to them.

We recently went in for a bond reduction hearing in which it was denied and flat out denied his 8th and 14th amendment rights as well as his Texas Constitution section 11 & 13 rights. The DA flat out lied to the judge about all sorts of things about my husband to make it so she wouldn't. So it is ok for the DA to lie in court and nothing happens but if any "regular" person were to they would get charged with perjury. How is that justice?? The judge said my husband was a threat to society. My husband has no criminal record, has a stable job, takes care of me, does not drink or do drugs, has 2 nephews and a niece whom adore him, he worked as a security guard, did Santa at Christmas and passed out presents to kids whom normally would have not got a present, has complete support from his family and mine in all this. And even have quite a few letters from people in society whom have wrote on my husband's behalf of what a good man he is. So how is he a threat to society?? The judge would not even see the letters of support for him. And my husband has even offered to wear an ankle monitor if that would help in letting him out while he fights this. But for some reason his lawyer never brings this up to the DA or the judge.

All he wants is to be with his family, go to work to take care of me and our families, fight his case and prove his innocence which he can do much better from out in the free world. But yet there are people he is in there with that have been in and out for the same thing and they keep letting them out. One of his cell mates had even admitted to shooting and killing 2 people and they let him out. Now this guy is back on a violence charge and is getting ready to get out again!! They put an ankle monitor on him the other day and my husband said he was already trying to get it off on the cell that night. And told my husband he couldnt wait to get out and drink and get high and smack a woman if she gets out of line. And that he didn't care if he got caught again because he knows how to work the system!! And these are the people the courts keep letting out into society but the actual good people whom just work and come home to their families and do right by the law they want to keep locked up because a felon says my husband did it. It had also come to my attention that several police have shot and killed people this past year a few for no reason and the police were not only out on bond but didn't even get indicted! So if you are a police officer you can just get away with whatever?? There are so many more things I am finding out about the Justice system there and how corrupt things are and it is sickening.

In signing this petition we want to show that we all support and stand behind Shawn and will fight for him. And that he is NOT a threat to society but is a good, caring, amazing man who just wants to be home with all of us and fight for his innocence! And hopefully raise enough money to bond him out and show the courts that we believe in him so much we have all pulled together to bring him home!