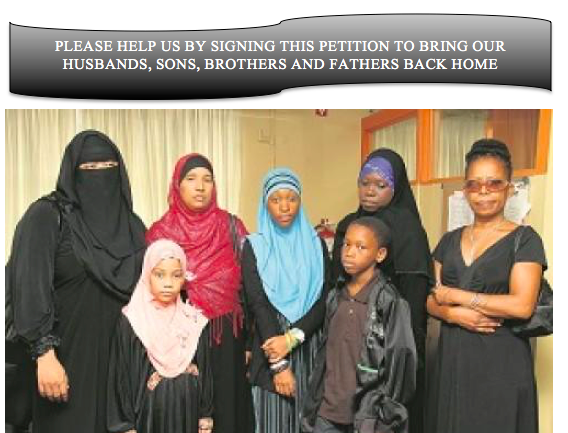 Seeking justice for our muslim citizens detained in Venezuela without cause!

324 people have signed this petition. Add your name now!

To the Seekers of Justice

On March 19, 2014, after what essentially amounted to false rumors and allegations,

twenty-three Trinidad and Tobago Nationals; men, women and children were arrested in

Venezuela on suspicion of terrorism. Among them were three Imams (Muslim leaders).

Six days after the four women and eleven children were release. After 45 days the three

Daisley, Asim Luqman and Andre Battersby are still being held up to this day without

charge. Court proceedings were and continue to be marked by a complete and utter

lack of proper judicial process and legitimate evidence to substantiate the allegations.

The Truth: These five citizens of Trinidad & Tobago have been detained in Venezuela

Nationals were ACCUSED of attempting to destabilize the Venezuelan government and

to assassinate the President without being charged, to date.

The Truth: These five citizens of Trinidad & Tobago throughout their imprisonment they

have been placed in horrible conditions when all they are NOT GUILTY of any crime.

The Truth: These five citizens of Trinidad & Tobago have families who are now

struggling emotionally and financially, children who are innocently deprived of the

opportunity to be in the comfort of their fathers.

We, the undersigned individuals, Trinidad and Tobago nationals, family, relatives,

Please proclaim justice and freedom for our citizens.