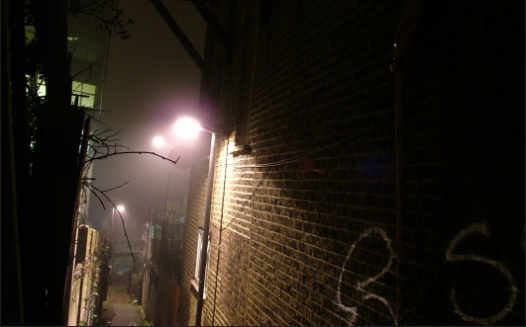 280 people have signed this petition. Add your name now!

This petition is in the information sharing stage, meant to alert people to the ongoing risks of the alley and invite contributions of their experiences of it.

"An alley or pathway which is dark, long and scary. It will usually be coined Rape Alley by the locals due to the fact that it looks like the sort of place someone would get raped". www.urbandictionary.com

A narrow, stepped walkway between Seven Sisters and Tewkesbury Road in South Tottenham, due to it's steep and narrow layout and blind spots at each end, has long been the site of attempted muggings and sexual assaults, some reported as during daytime hours.

The crime statistics for the immediate area continue to document "Violence against the Person" as the most reported crime, (anecdotal evidence suggests these to be underreported).

The problem is longstanding and enduring

The alley enjoys a popular function as open public toilet, seemingly on a "24/7" basis, it is additionally used as a short-cut by children attending the two primary schools within a 150m radius.

Why not knock it down?

A problem is the number of stakeholders involved - LBH Council departments such as highways, environment etc, private landowners.

Other alley initiatives appear to have obtained some success, Alley Links

Brightening up the walkways apperas to have changed people's perceptions and even behaviours and this is an approach we suggest here.

Having previously collated and passed on information to the authorities, we are now wanting to capture people's experiences of the alley, raise awareness of risk and petition The London Borough of Haringey for cooperation in a 2 stage plan of measures.

1 IMMEDIATE - such as CCTV, mirrors on the blind corners and adequate lighting, these may have a deterrent effect yet are documented as being relatively ineffective, the layout of the alley would in all probability still render it dangerous.

2 A beautification, using the talents of the creative community at the foot of the alley.

We also wish to brighten, repaint and energise, in "claiming" this forgotten place we hope to shift it's energy and impact positively on peoples' behaviour.

Lopcal examples such as "Rainbow Alley" in Tottenham testify to the benefits of simply beautifying spaces to change people's behaviours.

3 An eventual redesign, e.g. widening the alley, opening the blind spots, rerouting, whatever it takes to finally secure the walkway.

The petition therefore is for WHATEVER IT TAKES TO FINALLY SECURE THE ALLEY.

Thanks for your time.