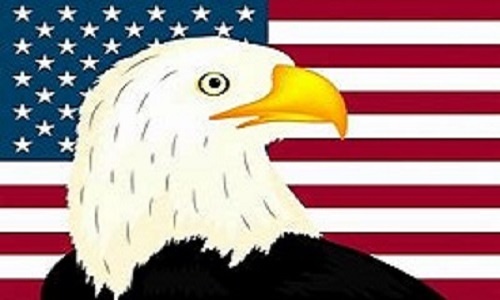 The title of this ordinance shall be known as the “Second Amendment Sanctuary Ordinance,” or “SASO.”

The people of Bleckley County state of Georgia, find and declare:

A. Acting through the United States Constitution, the people created government to be their agent in the exercise of a few defined powers, while reserving to the citizens the right to decide on matters which concern their lives, liberty, and property in the ordinary course of affairs;

B. The Second Amendment to the Constitution of the United States of America states, “A well-regulated Militia being necessary to the security of a free State, the right of the People to keep and bear arms, shall not be infringed”;

C. The right of the people to keep and bear arms is further protected from infringement by State and Local Governments under the Ninth, Tenth, and Fourteenth Amendments to the Constitution of the United States of America.

D. The Supreme Court of the United States of America in District of Columbia v. Heller recognized the individual’s right to keep and bear arms, as protected by the Second Amendment of the Constitution of the United States of America. Justice Antonin Scalia’s prevailing opinion in that case stated that the Second Amendment protects an individual’s right to possess a firearm unconnected with service in a militia, and the right to use that firearm for traditionally lawful purposes, such as self-defense within the home;

E. Section 1 of the Fourteenth Amendment to the Constitution of the United States of America states, “No State shall make or enforce any law which shall abridge the privileges or immunities of citizens of the United States; nor shall any State deprive any person of life, liberty, or property, without due process of law; nor deny to any person within its jurisdiction the equal protection of the laws”;

F. The Supreme Court of the United States recognized in

McDonald v. City of Chicago that the Second Amendment to the Constitution was incorporated by the Fourteenth Amendment and thereby made applicable to the States;

G. Justice Thomas M. Cooley in the People v. Hurlbut 24 Mich. 44, page 108 (1871), states: “The State may mold local institutions according to its views of policy or expediency: but local government is a matter of absolute right; and the state cannot take it away”;

H. The right to be free from the commandeering hand of government has been recognized by the United States Supreme Court in Printz v. United States. The Court held: “The Federal Government may neither issue directives requiring the States to address particular problems, nor command the States’ officers, or those of their political subdivisions, to administer or enforce a federal regulatory program.” The anti-commandeering principles recognized by the U.S. Supreme Court in Printz v. United States are predicated upon the advice of James Madison, who in Federalist #46 advised “a refusal to cooperate with officers of the Union” in response to either unconstitutional federal measures or constitutional but unpopular federal measures;

I. Therefore, the right to keep and bear arms is a fundamental individual right that shall not be infringed; and all local, state, and federal acts, laws, orders, rules or regulations regarding firearms, firearms accessories, and ammunition are a violation of the Second Amendment;

J. Local governments have the legal authority to refuse to cooperate with state and federal firearm laws that violate those rights and to proclaim a Second Amendment Sanctuary for law-abiding citizens in their cities and counties;

K. Therefore, through the enactment of this document, Bleckley county, state of Georgia is hereby a Second Amendment Sanctuary Bleckley County.

A. Not with standing any other law, regulation, rule or order to the contrary, no agent, department, employee or official of Bleckley County, a political subdivision of the State of Georgia, while acting in their official capacity, shall:

1.Knowingly and willingly, participate in any way in the enforcement of any Unlawful Act, as defined herein, regarding personal firearms, firearm accessories, or ammunition.

2.Utilize any assets, of Bleckley county funds, or funds allocated by any entity to Bleckley County, in whole or in part, to engage in any activity that aids in the enforcement or investigation relating to an Unlawful Act in connection with personal firearms, firearm accessories, or ammunition.

1.Any tax, levy, fee, or stamp imposed on firearms, firearm accessories, or ammunition not common to all other goods and services on the purchase or ownership of those items by citizens;

2.Any registration or tracking of firearms, firearm accessories, or ammunition;

3.Any registration or tracking of the owners of firearms, firearm accessories, or ammunition;

4.Any act forbidding the possession, ownership, or use or transfer of any type of firearm, firearm accessory, or ammunition by citizens of the legal age of eighteen and over, other than pursuant to federal law background check requirements for transfers or purchases through FFL dealers;

5.Any act ordering the confiscation of firearms, firearm accessories, or ammunition from citizens;

6.Any prohibition, regulation, and/or use restriction related to ownership or the constitutionally guaranteed lawful use or carry of non-fully automatic firearms;

B. Anyone within the jurisdiction of Bleckley County, state of Georgia, accused to be in violation of this ordinance may be sued in the district court of the state of Georgia for declaratory and injunctive relief, damages, and attorneys’ fees. Neither sovereign nor official or qualified immunity shall be an affirmative defense in cases pursuant to this section.

1.The protections provided to citizens by this ordinance do not apply to persons who have been convicted of felony crimes or who are prohibited from possessing firearms under federal law.

2.This ordinance is not intended to prohibit or affect in any way the prosecution of any crime for which the use of, or possession of, a firearm is an aggregating factor or enhancement to an otherwise independent crime.

3.This ordinance does not permit or otherwise allow the possession of firearms in Federal buildings.

4.This ordinance does not prohibit individuals in Bleckley County from voluntarily participating in assisting in permitting, licensing, or other processing of applications for concealed carry permits, or other firearm, firearm accessory, or ammunition licensing or processes that may be required by law.

A. The provisions of this act are hereby declared to be severable, and if any provision of this act or the application of such provision to any person or circumstance is declared invalid for any reason, such declaration shall not affect the validity of the remaining portions of this act.

A. The effective date of this ordinance, The Second Amendment Sanctuary Ordinance, or SASO, shall be immediately upon approval by the Bleckley County Commissioners.