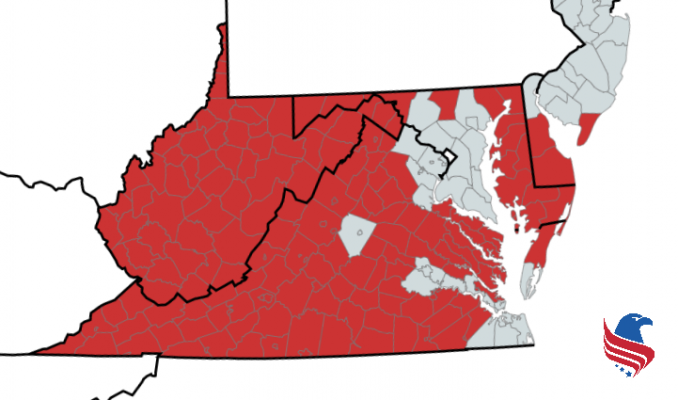 Secession of VA, MD, DE, and NJ Counties/Declaration of Independence

Listed below are the reasons why we the Citizens of the counties listed below in the States of Virginia, Maryland, Delaware, and NJ are declaring secession into the State of West Virginia, while simultaneously declaring independence from the Federal Government of the U.S.A..

Therefore, We the People of the counties listed below in the States of Virginia, Maryland, Delaware, and New Jersey are declaring secession into the state of West Virginia, while simultaneously declaring independence from the United States of America.