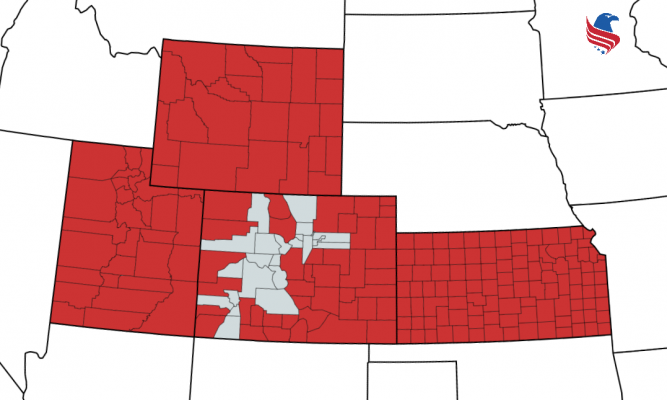 Secession of Colorado Counties/Declaration of Independence

Listed below are the reasons why we the Citizens of the counties listed below in the State of Colorado are declaring secession into the listed states, while simultaneously declaring independence from the Federal Government of the U.S.A.

Therefore, We the People of the counties listed below in the State of Colorado, are declaring secession into the listed states, while simultaneously declaring independence from the United States of America.

* Counties to secede into the State of Wyoming

* Counties to secede into the State of Utah

*Counties to secede into the State of Kansas